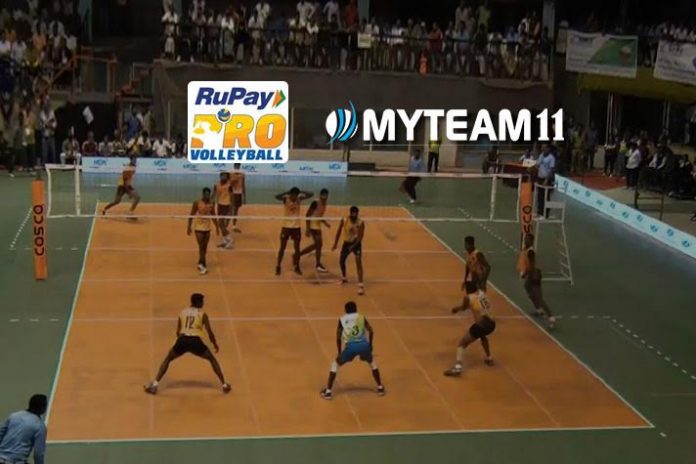 MyTeam11 has tied up with the Pro Volleyball League to be the Official Fantasy Partner for the inaugural seasons.

India’s maiden professional volleyball league is scheduled to start tomorrow (Saturday, February 2). The first tie will be played between Kochi Blue Spikers and U Mumba Volley at the Rajiv Gandhi Indoor Stadium in Kochi.

MyTeam11 will become the first company to offer Fantasy Volleyball as the deal grants it the right to create the fantasy Pro Volleyball League.

Talking about the collaboration, Vinit Godara, CEO & Founder MyTeam11 said, “We are delighted to be associated with the RuPay Pro Volleyball League. We feel privileged to have it announced that we as a company took steps for launching fantasy volleyball and we believe that the sport will go on to become a favourite among the fans.”

Tuhin Mishra, MD and Co-founder of Baseline Ventures, said “There is a lot of excitement about the league and we are sure that our association with MyTeam11 as official fantasy partners will create even more excitement since MyTeam11 is synonymous to excitement.”

Sanjit Sihag, COO & Co-founder MyTeam11 added, “We have been receiving constant love from our users since our launch, and we thought of rewarding them with something new and unique, which they won’t find on any other platform. Also, with our user base, we believe we will able to help the sport (Volleyball) reach new highs in terms of popularity.”

Pro Volleyball League is a joint initiative of Baseline Ventures and Volleyball Federation of India.