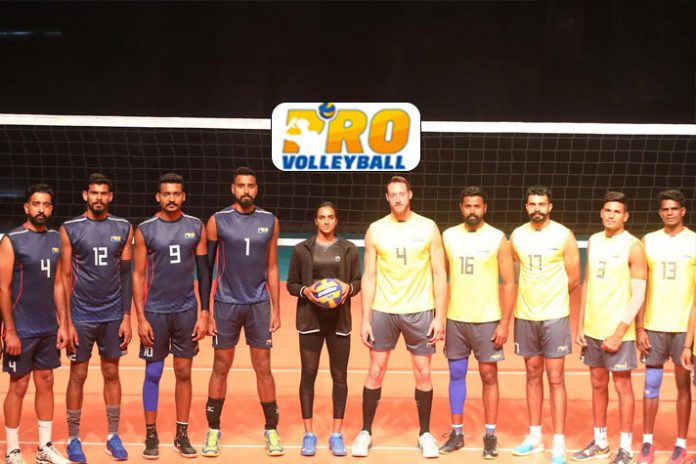 Rio Olympics silver medalist and current world No. 2 badminton star PV Sindhu has joined hands with the Pro Volleyball League as an evangelist to support the sport in India.

The Pro Volleyball League has also signed up American volleyball legend and 2-time Olympic medalist David Lee, whose participation is confirmed for the inaugural edition of the league.

Lee and the badminton princess have also featured in a promotional Pro Volleyball League video, which also include India’s leading talent. The video is shot in the build-up to the league – slated for February next year.

Sindhu’s affinity to Volleyball comes naturally as both her parents have played at the highest level. Her father, Ramana, was a member of the Indian volleyball team that won the bronze medal in 1986 Seoul Asian Games. He received the Arjuna Award in 2000 for his contribution to the sport. Sindhu’s mother Vijaya also played the sport at the national level,  representing the Railways.

“I have grown up to stories of my parents playing volleyball and representing their teams and country at various events. It is a very high-energy and spectator-friendly sport. The Pro Volleyball League will be a much-needed shot in the arm for the sport and with the likes of David Lee coming on board it will be a great opportunity for all the players here to learn from their experience,” said Sindhu.

Two-time Olympic medalist and World Cup winning American player David Lee has been a household name in the sport of volleyball. He has played the sport professionally in over seven countries, and has won multiple championships. With a height of 6ft 8 inches, the Alpine-born player is well known for his blocking abilities.

“I think the league will help grow the sport in the country and improve the skill set of the players by leaps and bounds. I have played professional volleyball across the globe and I am really looking forward to a new challenge here in India,” said Lee.

The Pro Volleyball league will also witness the participation of some of the top Indian players like Mohan Ukkrapandian , Ranjit Singh, Akhin Jas, Deepesh Sinha, Gurinder Singh and Prabhagarn to name a few. Mohan, current captain of the Indian Volleyball Team, is one of the best setters in Asia and has been part of the Indian Team for almost a decade now.

“I would like to thank the organisers of Pro Volleyball League and the Volleyball Federation of India for setting up this professional league in India. This is going to be a great platform for all players to match footsteps with some top talents from across the globe.” said Mohan

Volleyball is played in 220 countries and in terms of a truly global team sport is only behind football with a billion-strong fan base.

“The speed of the game and the eye-catching high- flying action make volleyball an ideal television sport. Volleyball has huge potential in India, and through this league we aim to really up the ante and give the game a perfect platform.” said Joy Bhattacharjya, CEO, Pro Volleyball League.

“The Pro Volleyball league will be the biggest game changer for volleyball in India. This is a league which will be right up there in comparison to other top volleyball leagues in the world. It is a fantastic opportunity for all participating players to garner experience and take Indian volleyball to the next level.” said Mr. Ramavtar Singh Jakhar, Secretary General, Volleyball Federation of India

The inaugural season of the Pro Volleyball League will be broadcast on SONY Ten 1 and SONY Ten 3 India in February 2019.