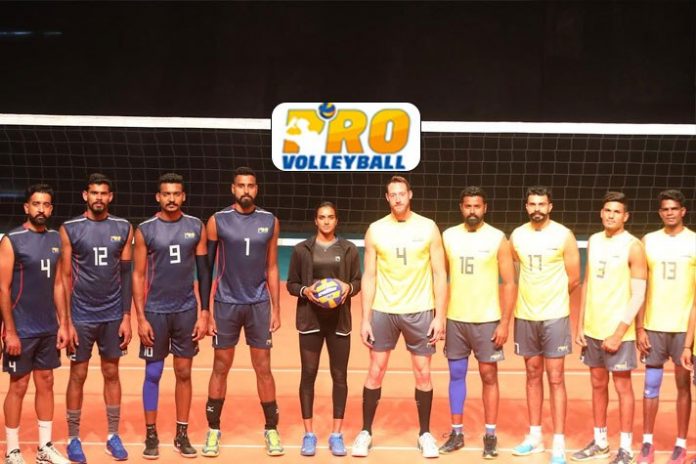 Pro Volleyball League organisers today (Monday) announced that six teams would take part in its first edition slated to be held in February.

Ahmedabad Defenders, Calicut Heroes, Chennai Spartans, U Mumba Volley, Hyderabad Black Hawks and Kochi Blue Spikers have been introduced as the teams to join action in the inaugural year.

Each of the six teams will have 12 players, with one Indian icon player and two Indian U-21 players.

“There will be maximum two foreign players per team in the first year. The reason we are capping it is to keep a control on prices,” Bhattacharya said.

Pro Volleyball League has earlier inked a broadcast deal with Sony Pictures Network India. As part of the deal, the matches will be telecast live on on Sony SIX and SONY TEN 3 channels during the prime time slots between 7 pm and 9 pm.

The teams will be fighting it out over a total of 18 matches. Each team will play each other once in a round-robin format and top four teams will qualify for the semi-finals.

Meanwhile, Luis Alexandre, Director Asia and Oceania, Federation Internationale de Volleyball (FIVB), who was present at the event, said the league was a step in the right direction.

“We see this (league) quite well. They (the league organisers) are trying to develop a nice plan here using six franchises in the first year. We guarantee that we (FIVB) are going to be here and support the league in the beginning and hope they can succeed and make it better in the future,” Alexandre told reporters0 on the sidelines of the event.

Senior officials of the Volleyball Federation of India were present on the occasion.

The league, supported by Olympic silver medallist shuttler P V Sindhu, is scheduled to be held from February 2 to 22 in Chennai and Kochi.