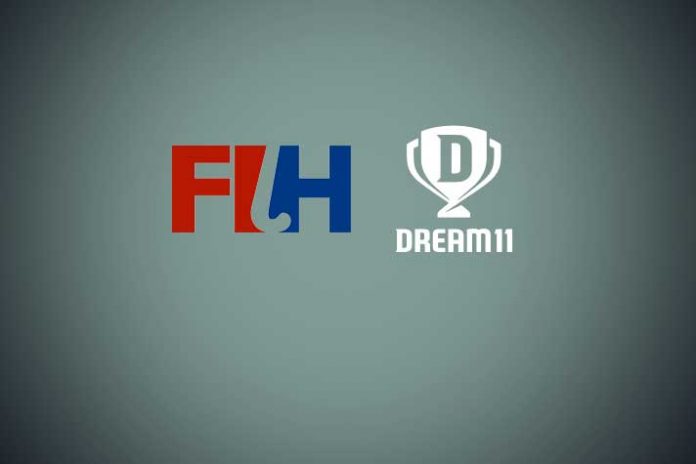 The global governing body for hockey, FIH has announced a first of its kind partnership with India’s biggest sports gaming platform Dream11 to launch the maiden official fantasy game.

The International Hockey Federation (FIH) has signed a four-year partnership with Dream11. India’s biggest sports gaming platform over the 2019-2022 cycle will develop and operate the official fantasy games relating to all FIH events.

Announcing the partnership, FIH CEO Thierry Weil said, “I’m very pleased that Dream11 is a Global Partner of FIH for the men’s World Cup and will deliver the official fantasy game for the next 4 years. This deal will help engage more people with hockey, in particular the current 45 million gamers on the Dream11 platform.”

Commenting on the partnership, Harsh Jain, CEO and Co-Founder, Dream11 added, “We are happy to be the global Official Fantasy Game of FIH. The FIH Dream11 partnership marks the launch of a new sport on Dream11 and also the beginning of fantasy field hockey on a global scale. The partnership will encourage hockey fans to further popularise hockey and encourage fans to deeply engage with the sport thereby increasing participation and viewership. This is a great opportunity to increase hockey consumption driven by Dream11 users.”

This global partnership has kick-started at the Odisha Hockey Men’s World Cup Bhubaneswar 2018. This is the first time ever that FIH has associated with a fantasy game platform for hockey matches. Hockey fans will get the unique opportunity to select their fantasy hockey teams, for all FIH global matches.