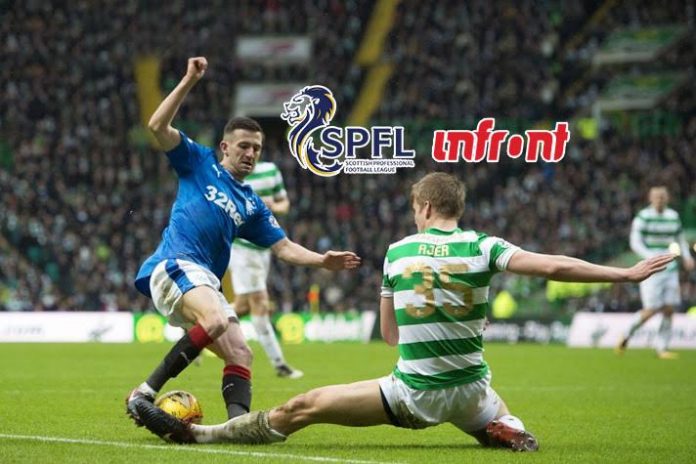 Infront has acquired the Scottish Professional Football League media rights after the organisers of top four divisions of Scottish club football have terminated their contract with the MP & Silva.

The Infront deal will cover the top four Scottish professional leagues – the Premiership, the Championship, League One and League Two; and its two cup competitions the Challenge Cup and the League Cup, known as the Irn-Bru Cup and the Betfred Cup respectively following their sponsorship deals.

Infront has said in its official statement that the cooperation with the SPFL reflects its ambition to expand its presence in the UK market following its recent launch of a dedicated office in London. With its long-standing tradition in commercialising football properties and a reputation as market leader in media rights distribution, Infront has said that it will support the SPFL’s desire to growand bolster the league’s appeal globally.

The announcement comes during the week of one of Scottish football’s most famous fixtures – the Old Firm derby between Celtic F.C. and Rangers F.C. – world renowned as one of football’s greatest rivalries.

SPFL had severed its ties with MP & Silva last month after the financially sick agency failed to keep up with its rights fee instalments for the overseas rights distribution deal. The move came amidst reports that the company is “in a state of paralysis”.

SPFL, in June 2013, agreed a nine-season deal with MP & Silva for its international rights excluding the European Economic Area. The deal was slated to run from 2014-15 to 2022-23 but was terminated prematurely over the agency’s failure to keep up with the payments.

The deal comes as a significant boost for the SPFL, which had feared a global TV blackout as international broadcast giants were reluctant to pay for rights to Scottish football competitions with MP & Silva seemingly on the brink of financial collapse.

Along with the SPFL, MP & Silva has also lost contracts with Serie A, which has taken the company to court, as well as Arsenal, International Handball Federation (IHF), Premier League and the European Handball Federation and recently Copa Libertadores and Copa Sudamericana media.

The agency also has pending litigation with FIFA, the global governing body of football, over its advisory contract for rights to the 2018 and 2022 World Cups in Russia and Italy respectively. It is now in a complete disarray facing a bleak and uncertain future.

MP & Silva drawn to court by Serie A for $44.4 million default

Stephan Herth, Infront Senior Vice President Football said, “Infront has a long and successful history within the football industry and we are delighted to begin working with the SPFL to bring matches to fans of Scottish football around the world. The SPFL has its own unique legacy. As the second-oldest league in the world, it has welcomed many top players and managers over the past few decades. That history will almost certainly be added to for the next seasons. Infront looks forward to building on that legacy and taking the league to a new level on the international stage during that time.”

Neil Doncaster, SPFL Chief Executive, said, “Infront are a highly respected and experienced global rights agency. They emerged from a number of different companies each of which were keen to represent us overseas. We will be working with Infront over the coming weeks to agree deals in those territories where SPFL football is not currently shown.”