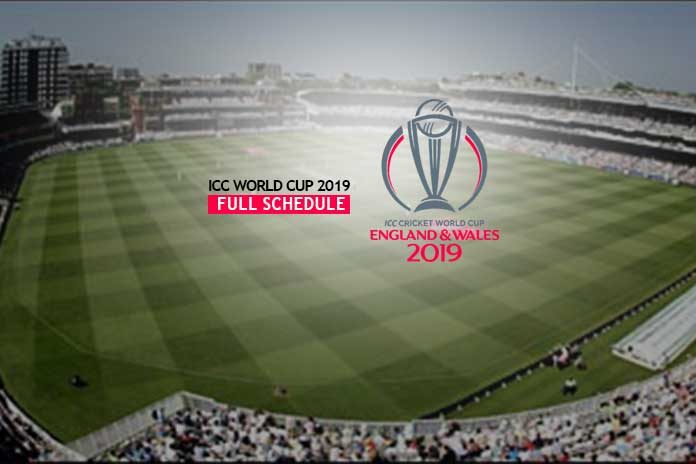 Star India is the global rights holders of the ICC rights and by virtue of that will be the host broadcaster for the ICC World Cup 2019. Star group has further licensed the rights to top sports broadcasters in each territory with Sky being the official broadcaster in UK, Super-Sports in the territory of South Africa and Fox Sports in Australia being the key broadcasters. 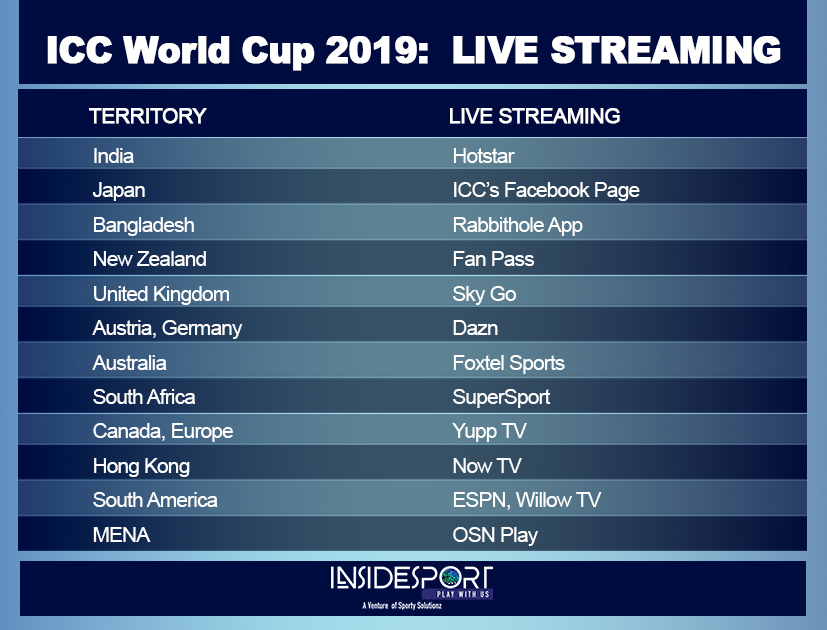 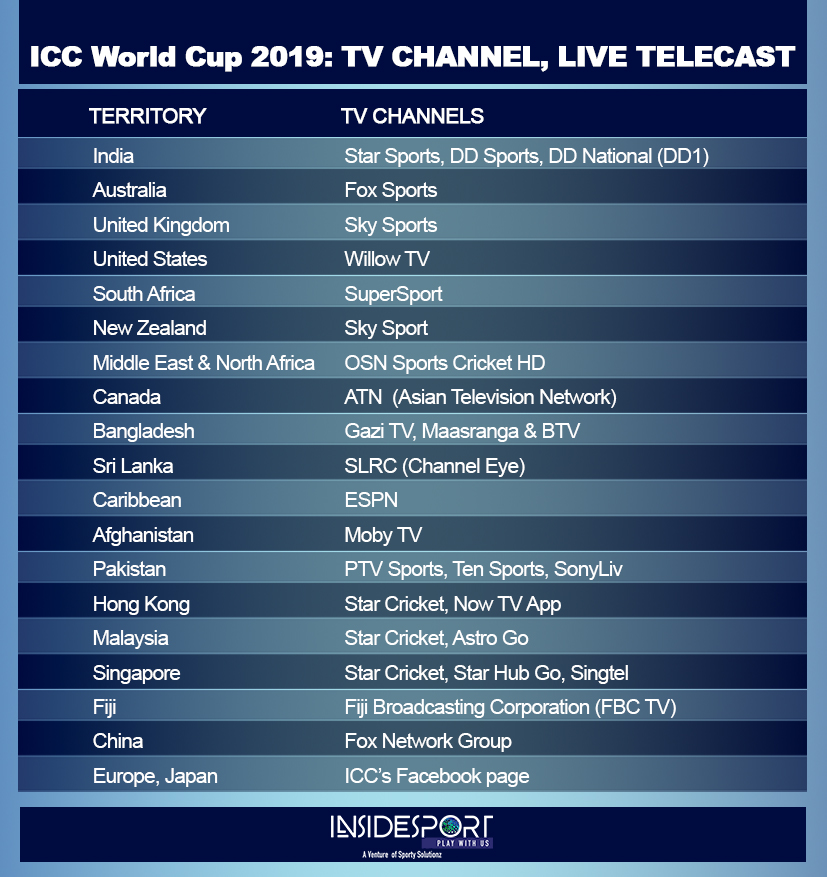 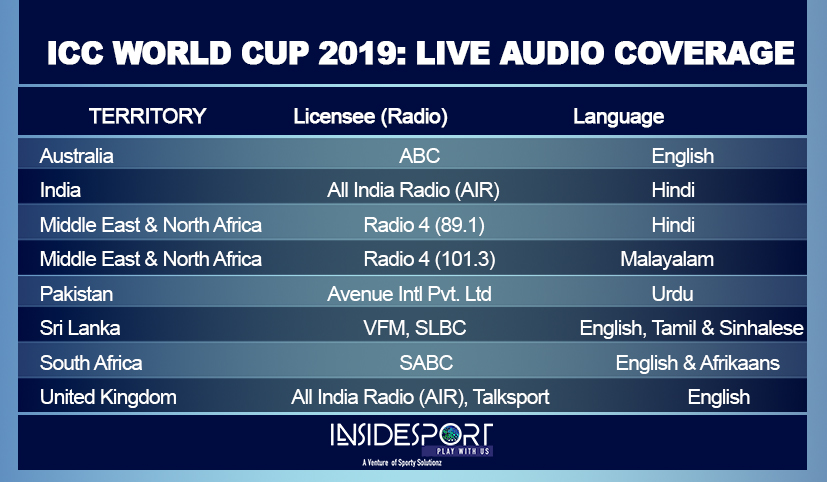