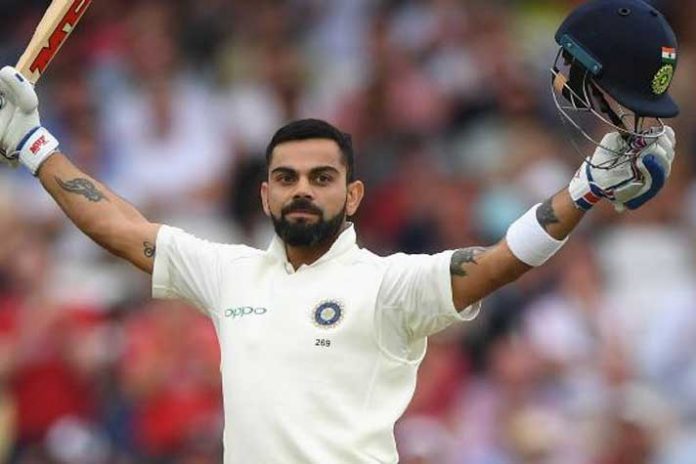 International Cricket Council (ICC) Cricket Awards is a testimony to the fact that 2018 has been the Year of Virat Kohli in international cricket – not just as a player but also as the captain in conventional and limited overs cricket.

What the other legends would dream of in the glorious history of international cricket and the International Cricket Council, Kohli has accomplished with his absolute domination on the cricket field.

Cricket’s biggest ambassador and icon of his era, Kohli has swept all the top three prestigious ICC honours, The Team India captain has become the first player in history to win the Sir Garfield Sobers Trophy for ICC Cricketer of the Year, the ICC Men’s Test Player of the Year and the ICC ODI Player of the Year Awards following an extraordinary 2018, ICC has confirmed in a Press release. 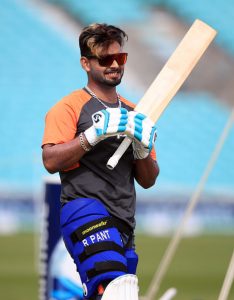 India’s fast-rising wicketkeeper-batsman Rishabh Pant was Tuesday named the International Cricket Council’s Emerging Player of the Year in the world body’s annual awards. The 21-year-old Pant was picked by the ICC’s voting academy for a stellar show in his breakthrough Test year in 2018. He became the first Indian wicket-keeper to score a Test century in England and equalled the record for the most catches taken in a Test, with 11 against Australia in Adelaide in December.He was also the first Indian wicketkeeper to score a Test hundred in Australia.

Not only is Kohli the first player to win these three major ICC awards together but he has also been named the captain of the ICC Test and ODI teams of the year for a fabulous run in international cricket. Kohli scored 1,322 runs at an average of 55.08 in 13 Tests with five hundreds during the calendar year while in 14 ODIs he amassed 1202 runs at an astonishing average of 133.55 with six centuries. He also scored 211 runs in 10 T20Is.

The 30-year-old from Delhi, who first came into limelight when he led India to victory at the ICC U19 Cricket World Cup in Malaysia in 2008, finished the year as the top-ranked batsman in Tests and ODIs. The highest scorer in both forms of the game in 2018, he was one of only two batsmen to score more than 1,000 runs in Tests and only among three to do so in ODI cricket.

Congratulations to the ICC Test Team of the Year 2018!

Kohli said: “It feels amazing. It’s a reward for all the hard work that you do throughout the calendar year. I feel really grateful and very, very happy with the team doing well at the same time myself performing. Having recognition at the global level from the ICC is something you feel proud of as a cricketer because you understand that there are many players playing the game.

“To be rewarded in this manner from amongst all of them is obviously a very proud moment for me and something that gives you more motivation to keep repeating the same things because you have to keep the standard of cricket up and keep bringing inconsistent performances. From that point of view, these awards give you that extra motivation.”

ICC Chief Executive David Richardson praised Kohli: “Sincere congratulations to every one of our individual winners and those players named in our ICC Test and ODI teams of the year. Special mention must go to Virat Kohli, who becomes the first ever player to win the Sir Garfield Sobers award along with Test Player of the Year and ODI Player of the Year and be named as captain of both teams.

“This is well-deserved recognition for an extraordinary talent. His regard for the game and particularly for Test cricket is also recognized and appreciated. He is passionate in his support of the longest form of the game and its continued importance. To be recognized as a true cricketing great you need to be successful at all formats of the game and Virat has become a great ambassador for our sport.”