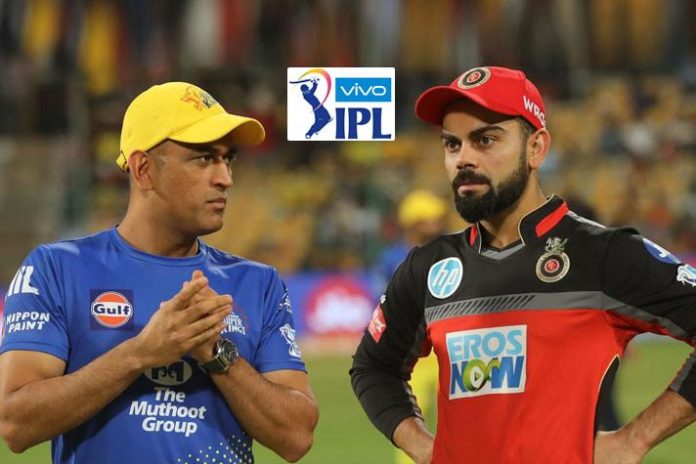 The Board of Control for Cricket in India has released the schedule for the first 17 matches of the Indian Premier League 2019. Defending champions Chennai Super Kings will host Royal Challengers Bangalore in the season opener on March 23.

The 12 matches will be played during the first two-week period across the 8 home venues of all the franchises. All teams will play minimum of 4 matches, except for the Delhi Capitals and Royal Challengers Bangalore, who both will be playing five games each.’

Every team will play minimum of two home and two away matches with the Delhi Capitals playing three home matches, while the RCB will play three away matches.

These date, however, are still subject to the announcement of the Lok Sabha 2019 election dates. Once the election dates are released, the BCCI will address any issues with the first two weeks and will also prepare a schedule for the remainder of the season working with the local authorities around the polling dates, the BCCI has stated. 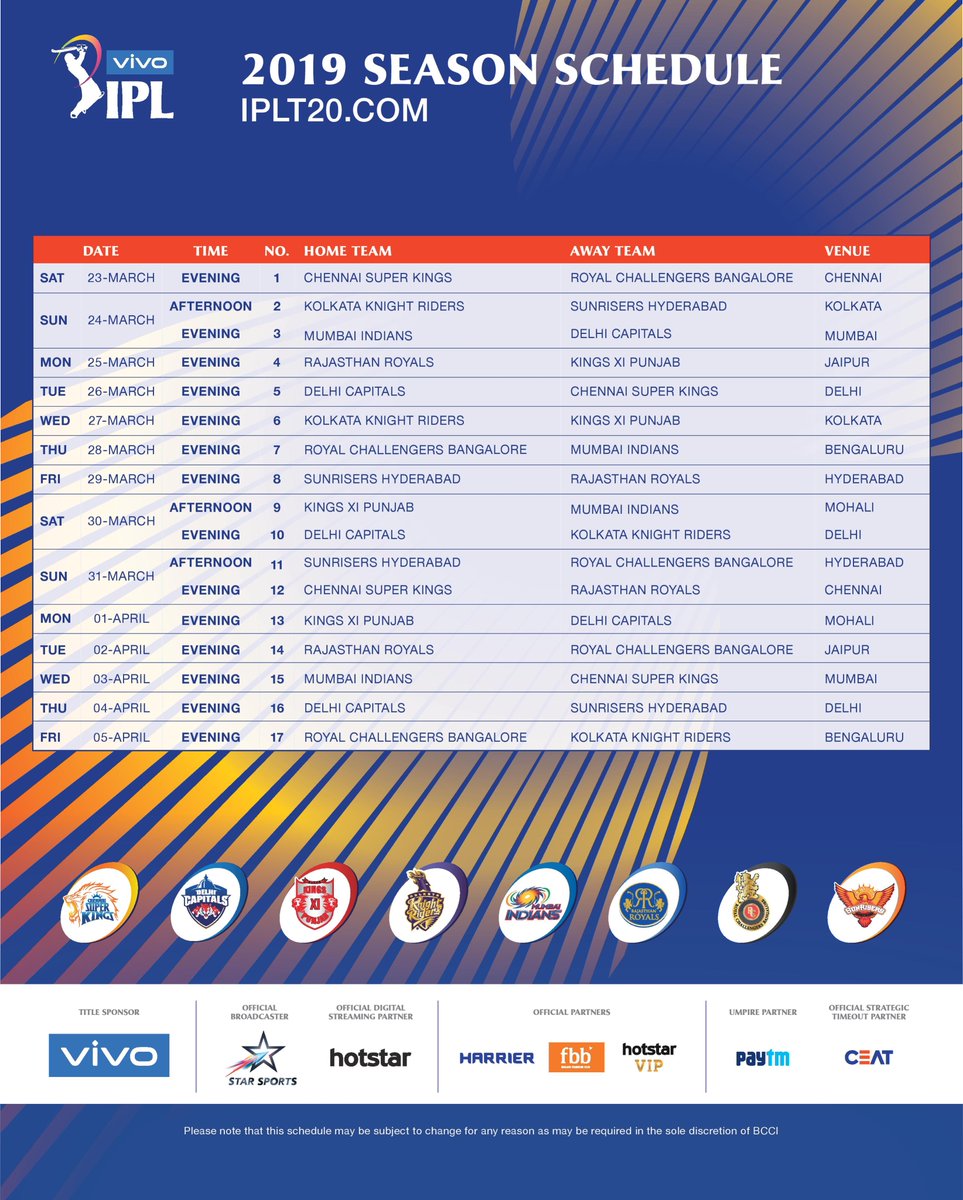 There will be no rest day during the first two weeks between March 23 and April 5. Weekends on March 24, 30 and 31 will have doubleheaders, with Kolkata Knight Riders and SunRisers Hyderabad (March 24), Kings XI Punjab and Mumbai Indians (March 30) and SunRisers Hyderabad and Royal Challengers Bangalore (March 31) scheduled to play afternoon games on the double header days.