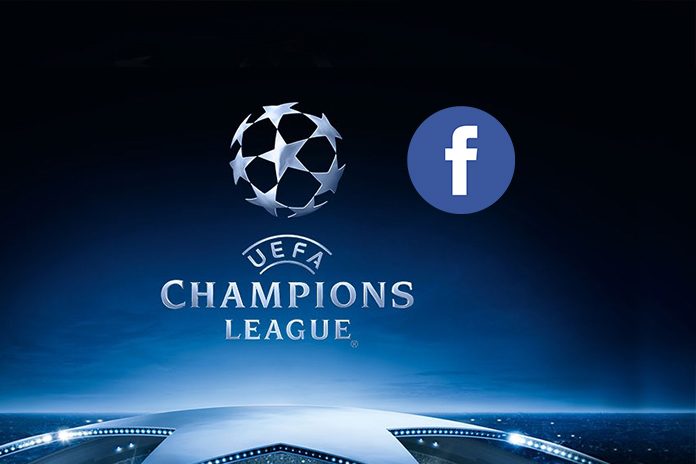 The governing body for football has made the official announcement about the UEFA Champions League and the UEFA Super Cup media rights deal with Facebook, which earlier had acquired the Spanish First Division LaLiga broadcast rights for the Indian sub-continent.

InsideSport.co was the first to report about the Facebook media rights deal with LaLiga, which had ended long-standing LaLiga–Sony Pictures Network India media rights association.

UEFA had officially announced the Facebook deal for the Champions League and Super Cup media rights deal for the territory of Latin America.

UEFA is pleased to announce the award of certain media rights to Facebook in Latin America, which will see Facebook become the exclusive free-to-air home for certain UEFA Champions League live matches across Spanish-speaking territories during the 2018-21 cycle. UEFA has stated in a release.

Facebook has secured the exclusive free-to-air rights to 32 live matches each season, including the final and UEFA Super Cup.  The matches will be available on the UEFA Champions League Facebook Page. Wednesday highlights and magazine programmes will also be shared each match-week on Facebook. The partnership kicks off on Wednesday with the UEFA Super Cup.

Guy-Laurent Epstein, UEFA Events SA Director of Marketing said: “We are delighted to welcome Facebook to the UEFA family of media partners. As the largest online social media platform globally, Facebook will ensure wide-ranging free-to-air coverage of the world’s most prestigious club competition. We look forward to the launch of this new partnership that will ensure the large community of local football fans is reached in a highly innovative and accessible manner.”

Peter Hutton, Facebook Head of Global Live Sports Programming said: “We’re proud to be the exclusive free-to-air home for UEFA Champions League matches across Latin America for the next three years. This world-renowned competition exemplifies how sports can connect communities, so we look forward to helping fans watch these live matches together and are committed to working closely with our great partners at UEFA to deliver an innovative viewing experience in Spanish-speaking Latin American territories.”