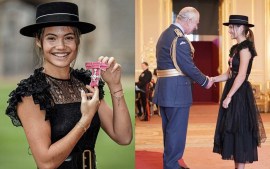 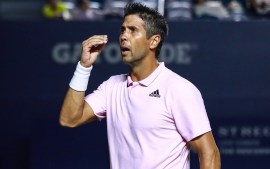 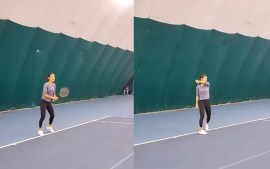 Wimbledon 2022 LIVE: Ashleigh Barty won the Wimbledon title last year. While the former World No.1 was expected to dominate the women’s…

Wimbledon 2022 LIVE: Ashleigh Barty won the Wimbledon title last year. While the former World No.1 was expected to dominate the women’s circuit for the next few years, the 26-year old announced a shock retirement after winning the Australian Open this year. Her exit has made the upcoming Wimbledon much more exciting as the women’s draw the most open one as anybody could go on to win the title. However, InsideSport takes a look at the Top 5 tite contenders in Women’s singles. Follow Wimbledon 2022 LIVE updates on InsideSport.IN

The retirement of Ashleigh Barty made Iga Swiatek as the world No.1 and the Polish 21-year old has since been at the top of her game dominating the WTA circuit completely with her tremendous performances. She has not lost a match since the Qatar Open in February and is on a 35-match unbeaten streak, winning six consecutive titles that includes Qatar Open, Indian Wells Masters, Miami Open, Stuttgart Open, Italian Open and French Open.

This makes her the firm favourite in the upcoming Grand Slam tournament. She however does not have a great record on Grass and is yet to win a tour level title on this surface. Her best performance at Wimbledon is a fourth round appearance last year. So she will be up against a good challenge in the tournament. She begins her campaign by facing qualifier Jana Fett in the first round.

18-year old Gauff enters the French Open as one of the title contenders. She recently finished as runner-up at French Open after losing against Iga Swiatek, which was her maiden Grand Slam final. This will be Gauff’s third year at the Wimbledon and she already has the experience of reaching the fourth round twice. The World No.11 is coming off after a good warm-up at the Berlin Championships where she reached the semifinals. She looks ready to fight for her maiden Grand Slam title at the Wimbledon this year. She will begin her campaign by facing Elena-Gabriela Ruse in the first round.

Ons Jabeur has made rapid rise this year at the Women’s rankings. The Tunisian, who is ranked fourth has won 30 matches out of the 39 matches played this year and in the process won titles at Madrid Open and the Berlin Championships most recently on grass. Her best performance so far at the Wimbledon is reaching the quarterfinals last year. The 27-year old will look to better that performance when she takes the court this year. However she is suffering a niggle that saw her bow out of the Women’s doubles contest at the Eastbourne International. She is expected to be fit by the time she faces Mirjam Bjorklund in the first round.

19-year old Emma Raducanu is all set to play her home Grand Slam after becoming the Grand Slam champion by winning the 2021 US Open. The teenager has however struggled in this season with fitness issues and is still nursing a side strain but is expected to be fit by the time Wimbledon begins.
Much before her US Open heroics, Raducanu first grabbed the eyeballs by reaching the fourth round at Wimbledon last year. This year she will look to give a much better performance. She however hasn’t had much success this year. In the grass court season , she was able to play only 34 minutes at Nottingham before a side strain injury. She faces a tricky first round encounter at the Wimbledon against 46th ranked  Alison van Uytvanck in the first round.
Simona Halep

Former champion Simona Halep looks to put on a tough fight in the upcoming tournament. The 30-year old veteran will face challenge from young guns, who are on top of their game at the moment. However, the 16th seed has the experience on her side and knows how to win the Grand Slam. She is on a resurgence this year and has done considerably well this season by winning the Melbourne Summer Set 1 earlier this year. At Grass this year she has won seven out of eight matches.

She will however face Karolina Muchova in the opening round which is expected to be a tough match. She can face the likes of Paula Badosa, Petra Kvitova and Coco Gauff in the tournament. 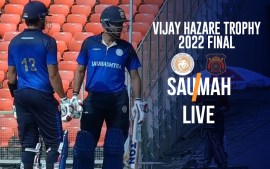 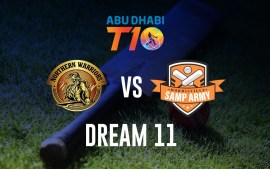