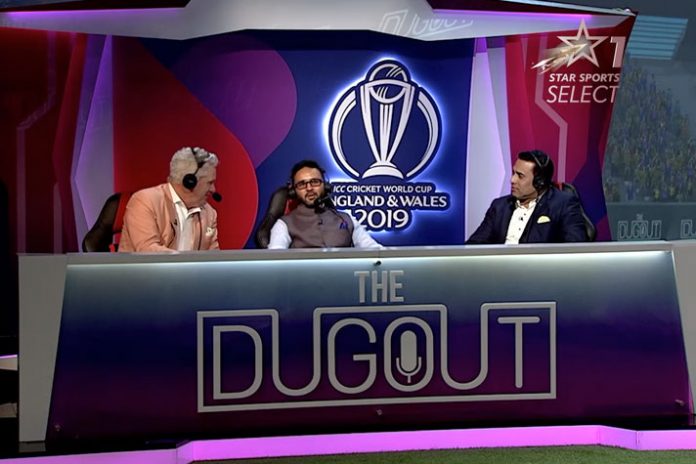 Star Sports is leaving no stone unturned to provide value-added offerings with the ICC World Cup 2019 live broadcast to fans from all walks of life. For avid cricket connoisseur, the ICC World Cup host broadcaster is back with its elite analytical show Select Dugout.

Fans can watch #SelectDugout on Star Sports Select 1 SD/HD during all India match days and all Sundays with most insightful and accomplished cricketers like Brain Lara, Anil Kumble, Dean Jones, Scott Styris, Matthew Hayden, Brett Lee, Mike Hesson, Kevin Peterson, amongst others. The show was already on air during India’s first warm up game against New Zealand.

Riding on the wave of popularity that the #SelectDugout received during its debut in IPL 2018 and the recently concluded 12th edition of the tournament, the experts now are ready to change the way ODI commentary is brought to the fans with deeper fan engagement and detailed analytical and predictive commentary; peppered with demos, Star Sports has stated in a Press release.

The Select Dugout will be aired on Star Sports Select 1 SD/HD during India warm up games, opening day, all India match days and on all Sundays providing fans with richer analytical experience coupled with a stimulating narrative during matches to stay ahead of the Game.

Keeping fan engagement at the core of everything, #Select Dugout will continue with their Twitter Q&A offering. Wherein, a fan can tweet his question with the #SelectDugout hashtag and join the conversation with the experts.

The experts will provide cricket enthusiasts with an analytical perspective of the match. Viewers will be ahead of the game with point-by-point evaluation and in-depth understanding of each game. Fans can expect more demos, more graphics and interactivity for the ICC Cricket World Cup 2019.