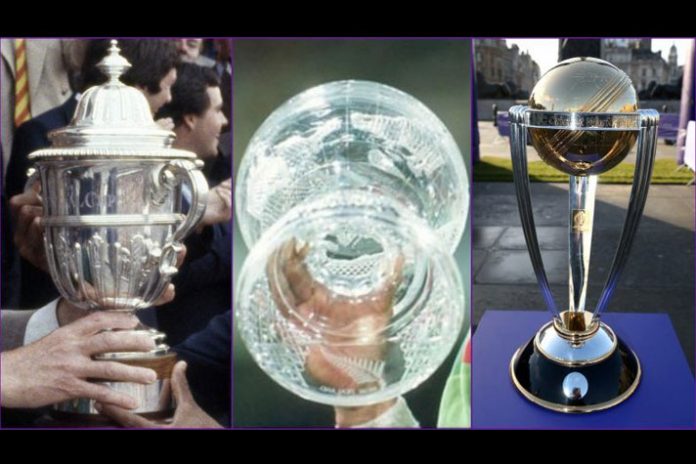 The ICC World Cup 2019 with 42 teams, 46 days of action and 49 matches becomes sports third biggest stand-alone world championship – only behind the FIFA and Rugby World Cups.

Who would have believed that a shorter format of the sport that was played in white flannels with rich tradition and values across centuries one day will become an industry worth billions of pounds.

The current edition in England and Wales will make the ICC richer by £ 400 million in media rights alone from Star Sports. The live action will reach in over 200 territories via 25 broadcasters, making the 12th ICC World Cup one of the most attractive and most watched sports competitions ever. There have been 3.2 million interests for 800,000 tickets.

The winners returns home richer by £ 3.2 million. A comparison with the financials of the first ever World Cup in 2015 will reveal the commercial evolvement across 11 editions of the World Cup that for the first three occasions was named after Prudential Assurance Company for commercial obligations. The total sponsorship value for the first season in 1975 was a mere £ 100,000 with the winners’ purse being £4,000 (total prize purse £9,000). There will be few economies or industries with 800 times growth in less than four decades.

Unlike today when every single opportunity is monetized and new commercial properties are created, that was not the era of commercial wisdom. The World Cup semi-finals would be played on the same day and one game will miss out on the commercial opportunity. Today even practice games are broadcast on multiple channels with multiple language feed with state of the art production technology. Then Kapil Dev’s historic innings of 175 after India were 17 for 5 down has no video evidence as the broadcaster’s crew was on strike and the match went on without any television coverage.

Now cash-rich Board of Control for Cricket in India did not have funds in its coffers to reward the World Champions. On the then BCCI president NKP Salve’s request Bharat Ratna Lata Mangeshkar along with her sisters and brother had performed at Delhi’s Indira Gandhi Indoor Stadium to raise funds. That was how the champions could be rewarded ₹ 1 lakh each.

A song Bharat Vishwa Vijeta was also composed to commemorate the grand occasion.

That grand victory of 1983 did not give the cricketing world a new champion in India, but also a new horizon to spread its commercial wings.

As India and Pakistan jointly hosted the 1987 Reliance World Cup, £ 7 million were raised in sponsorships, including 2.17 million for the title. Winners had £30,000 to share. However, as the 1991 edition was played in India, sponsorship revenue and prize money both declined.

The vibrancy of the ICC World Cup hit cricket’s biggest commercial mine India when the nation jointly hosted the competition in 1996 with Sri Lanka and Pakistan. The Wills World Cup had generated £ 8 million from sponsorships and 13.8 million in media rights. Miniscule numbers when compared to the billion dollars deals today, but that £ 21.8 million commercial value has been the game changer that made cricket the billion dollar industry it happens to be now.

The surging Indian economy came in as a shot in the arm for the sport. ICC by the turn of the century had realised the commercial potential of the sport. Policies changed and the world governing body for cricket in 2003 clubbed the media rights of all its events. ESPN had committed £ 550 million for the rights period covering the 2003 and 2007 World Cup editions. The players’ shares increased many fold.

The World Cup broadcast rights since 1996 have risen 36 times.

The event has been reduced from the 16 teams in 2007 and 14 in 2015 to ten now with only the top teams with One Day International status in the fray. India plays nine league games against five in the previous edition. This further boots the commercial value of the World Cup for the ICC and the broadcaster alike. India’s commercial worth can be gauged from the fact that Kohli & Co.’s practice match against New Zealand on Saturday, May 25, was fully sold out. The tickets for the games involving India have higher denominations than even the game between hosts England and Australia – the biggest cricket rivalry for English fans.

In sharp contrast to the first three World Cups in England when semi-finals would be played on the same dates, today the tournament is altered to give India at least nine league games to bolster ICC and broadcaster’s revenues.

How important is India’s presence that when the team was eliminated in the first stage of the 2007 World Cup, the broadcasters were upset. That is the kind of reliance this English game has on Indian market.