AUS vs ENG, Ashes Sydney Test Day 3 Stumps: Jonny Bairstow- England fought back on Day 3 of the fourth Ashes Test on Friday. Bairstow smashed a century while Ben Stokes chipped with a fifty. The duo also shared a century stand for the fifth wicket. Bairstow remained unbeaten on 103 at end of Day 3 while Ben Stokes also smashed a fifty. Mark Wood played a key role with quickfire 39 to keep England on track. Follow Insidesport.IN for all AUS vs ENG LIVE Updates

But Joe Root & Jos Buttler got out for a duck while Dawid Malan failed to put a show. England openers Haseeb Hameed & Zak Crawley continued their dismal act. Pat Cummins & Scott Boland took a couple of wickets each as England trailed by another 158 runs.

At stumps, England’s score read 258/7 — still trailing by 158 runs. Bairstow (103*) and Jack Leach (4*) are present at the crease for the Three Lions. Resuming the final session at 135/4, Ben Stokes and Jonny Bairstow added some quick runs but the 128-run stand for the fifth wicket was finally ended by Nathan Lyon as he had Stokes (66) adjudged leg-before wicket, reducing England to 164/5.

At the tea break, England’s score read 135/4 — still trailing by 281 runs. Stokes (52*) and Bairstow (45*) are currently present at the crease. Resuming the second session at 36/4, Stokes and Bairstow ensured that England did not lose a single wicket in the afternoon session, and extended their fifth-wicket partnership to 99 runs.

Earlier, Mitchell Starc and Scott Boland got among the wickets to give Australia an upper hand in the morning session on Day 3.

Official #Ashes Update | Scott Boland has been taken for a scan following a fall on the last ball of the middle session of day three of the Vodafone Ashes Test. Updates will be made available in due course.

A bit of a delay after Bairstow copped this to the thumb – but he’s right to continue #Ashes pic.twitter.com/GMIxIC9xUs

Lyon gets Stokes lbw with a skidder! #Ashes

Fifty for Stokes. His first of the series #Ashes pic.twitter.com/0aDbskckDV

It’s a long road ahead but they’re raising England’s spirits in this Test.

England will start day three at 13/0 with Haseeb Hameed (2*) and Zak Crawley (2*) walking out to the crease at the SCG.

Wax figure McGrath has made its way to the #PinkestAshes 💕

If you’re at the SCG, get down to the Pink Village for a photo with Glenn! #Ashes pic.twitter.com/Kx6hI1NjdU

5 AM IST: Match start delayed due to rain. Strong winds & thunder showers is the forecast for the Day 3.

Update from the SCG! 🌧

Day three action has been delayed with some persistent drizzle at Sydney.

Pitch inspection at 10am 🕵️‍♂️ 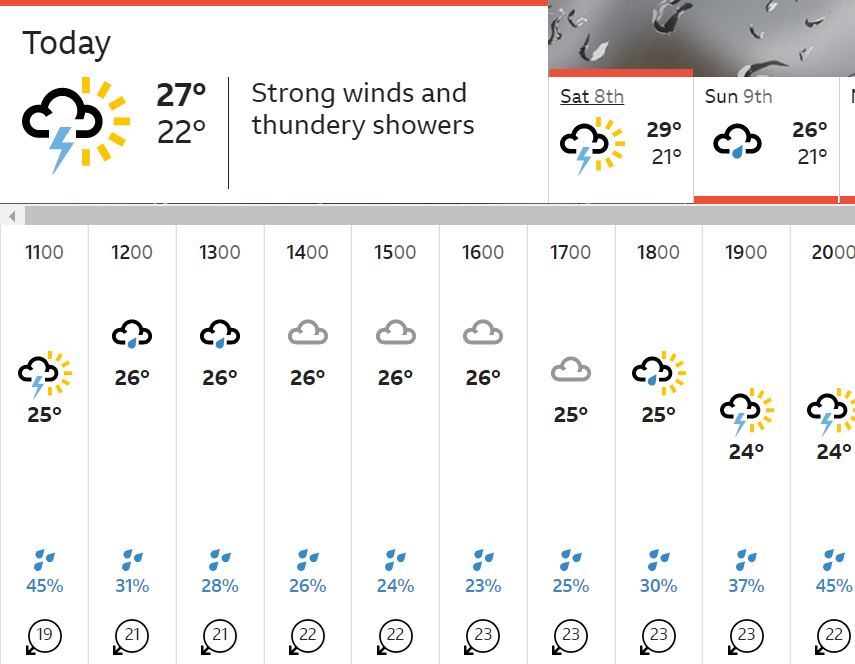 Usman Khawaja scored a memorable century as Australia gained an upper hand against England on Day 2 of the ongoing fourth Ashes Test here at the Sydney Cricket Ground on Thursday. At stumps, England’s score read 13/0– trailing by 403 runs. Haseeb Hameed (2*) and Zak Crawley (2*) are currently unbeaten at the crease for the visitors. Trailing by 416, England openers Haseeb Hameed and Zak Crawley ensured that the visitors do not lose any wicket before the close of play on Day 2.

Earlier, resuming the final session at 321/6, Usman Khawaja and Pat Cummins added 10 more runs to the total before Cummins (24) was scalped by Stuart Broad. This was Broad’s fourth wicket in the innings. Mitchell Starc then came out to the middle and along with Khawaja, the duo frustrated the England bowlers. Both batters put on 67 runs for the eighth wicket, and this stand was finally broken by Broad as he bowled Khawaja (137).

As a result of this wicket, Broad registered his 19th five-wicket haul in Test cricket.
In the end, Australia declared their innings at 416/8. Khawaja was the top scorer for Australia while Broad was the leading wicket-taker for England.

For more sports news and Ashes Sydney Test updates, follow us at InsideSport.IN