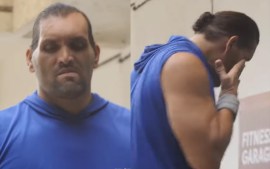 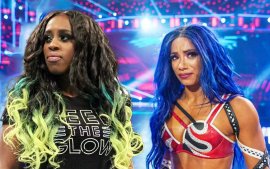 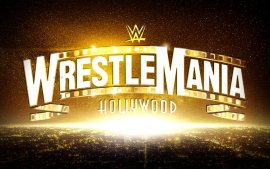 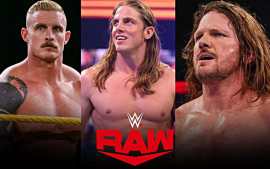 KARRION KROSS AND SCARLET ARE BACK #SmackDown pic.twitter.com/dLPoSwdDbC

.@TrueKofi is going crazy with a Kendo stick! #SmackDown pic.twitter.com/ziw1kJkR1T

Kofi Kingston brutally assaulted Erik and Ivar with multiple kendo stick chops to Erik and Ivar. He was successful in his sneak attack on the Viking Raiders with an act of short revenge. 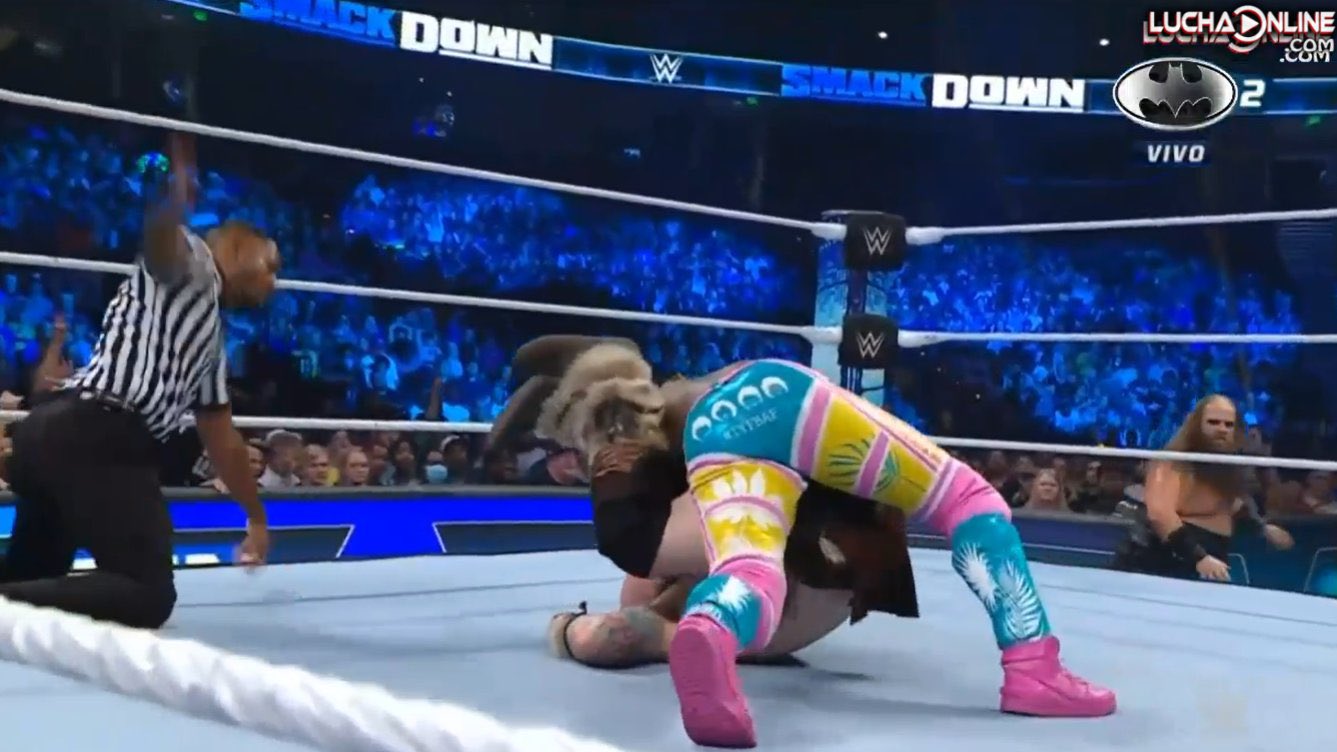 Later, Kofi Kingston and Erik competed in a one-on-one match. Kofi ran at full speed to attack Erik but ended up being knocked out by Erik. The one-half of the Viking Raiders humiliated Kofi Kingston in the ring. Although Erik delivered heavy damage to Kofi, the New Day member stood tall. In the final moments of the match, Erik used a cradle pinfall to win the match.

Gauntlet match: The Gauntlet match started with Sonya Deville and Aliyah. Deville commenced the match with a knee to Aliyah followed by a spine buster. However, Aliyah countered Deville with a neck breaker but failed to keep her momentum in the match. Soon, Aliyah gets eliminated by Sonya Deville. 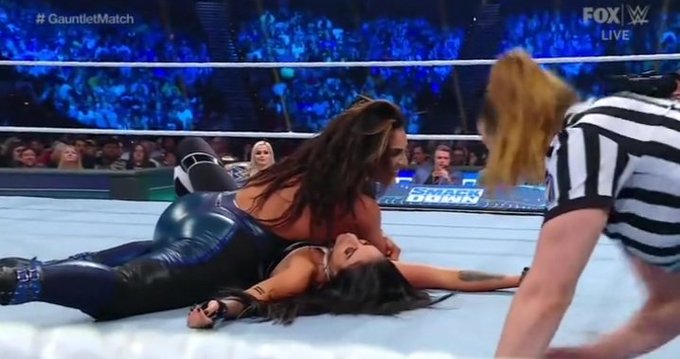 With 3 eliminations, Raquel Rodriguez stood strong in the ring. WWE fans saw her competing against Natalya, who targeted her injured ring. Later, she caught Raquel in the sharpshooter, but Raquel grabbed the ropes to escape the submission. However, Natalya’s match came to an end after Raquel delivered a Texana bomb from the top rope. 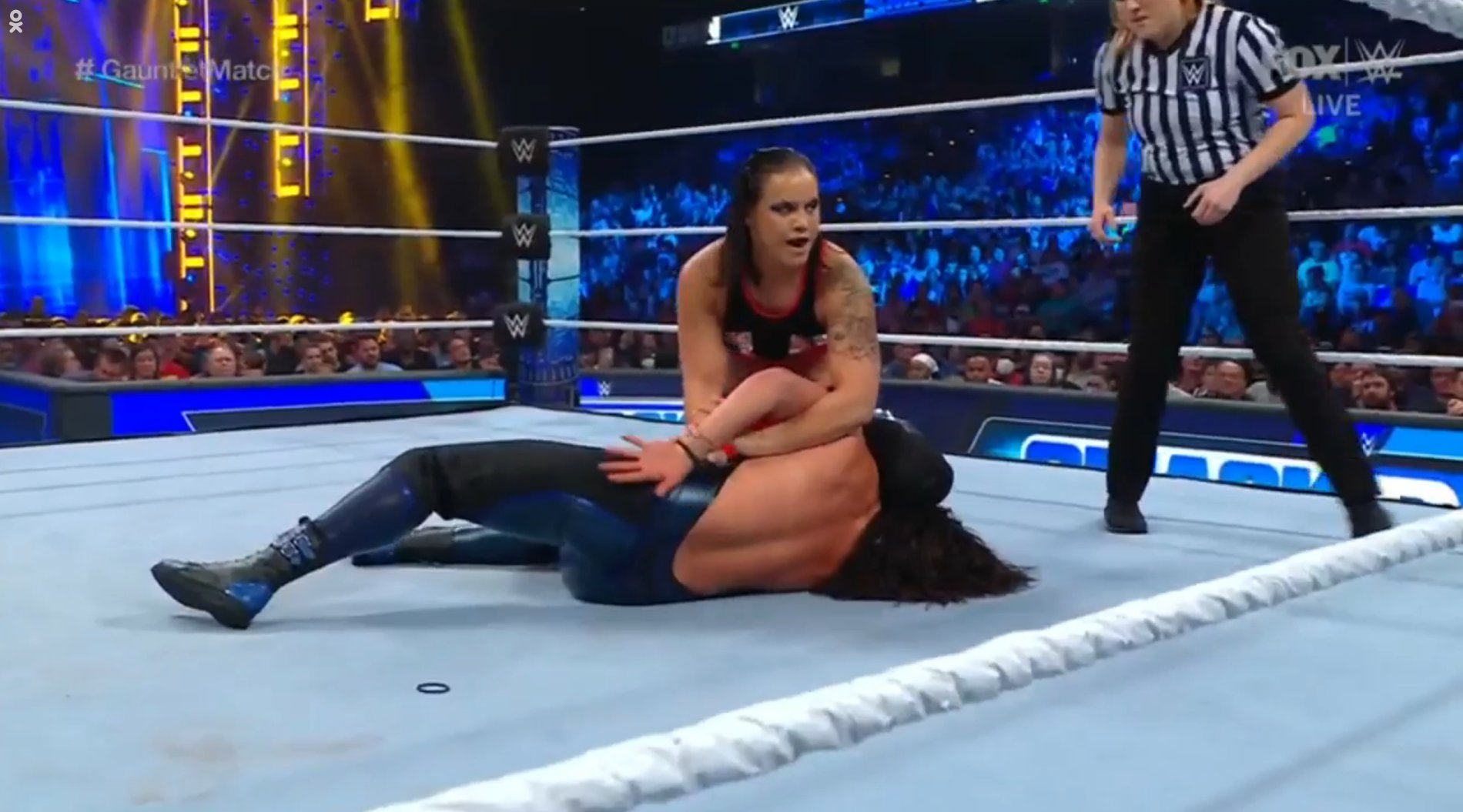 Shayna Baszler entered as the final competitor to face Raquel Rodriguez. The former NXT Women’s Champion humiliated Raquel and caught her in her chokehold submission. WWE fans saw Raquel struggling with the chokehold and ended up with a defeat after a pinfall. 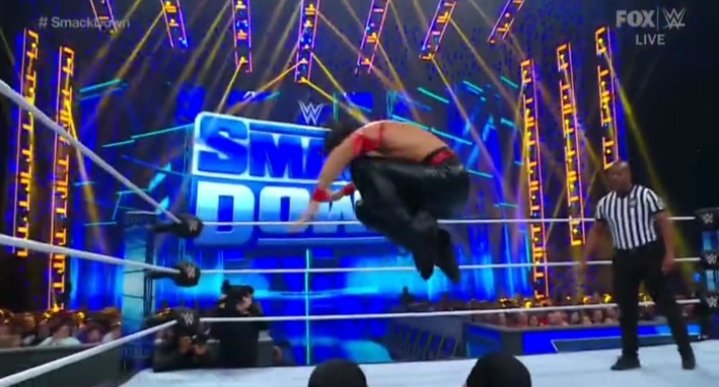 The match continued with Nakamura’s combination moves to decimate Ludwig Kaiser. Later, the former Intercontinental Champion delivered a german suplex. Later, Gunther and Nakamura had a brief confrontation. Although Kaiser tried his best, he failed to defeat Nakamura. In the final moments of the match, the King of Strong Style delivered a Kinshasa to win the match.

Happy Corbin vs Ricochet: After a backstage brawl, Happy Corbin and Ricochet competed for one on one to kick off Friday Night SmackDown. The one and only started the match with heavy moves to disrupt Happy Corbin’s momentum. Ricochet delivers some combination kicks to Corbin and a high-flying dive on the sidelines.

However, Happy Corbin countered Ricochet and brought his momentum back into the match. He unleashed his frustration on Ricochet, knocking him out on the sidelines. Once again, both men fought hard in the ring, where both tried to pin each other with unsuccessful attempts. 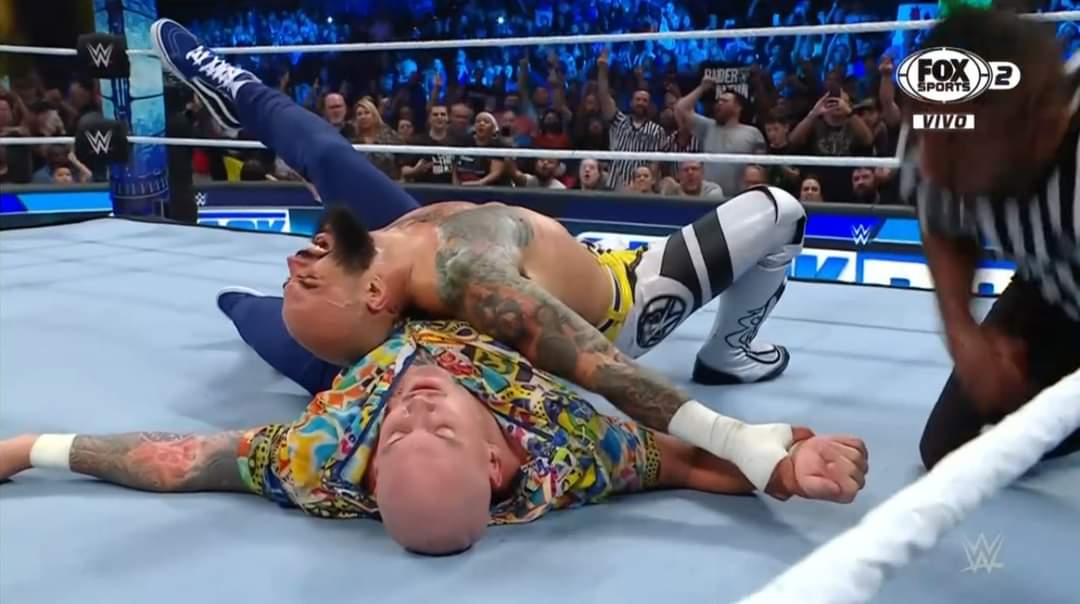 In the final moments of the match, Pat McAfee teases Corbin from the commentary desk. In the meantime, the former Intercontinental Champion knocked Corbin on the ropes and delivered a recoil followed by a shooting star press to win the match.