WWE Raw News and Rumors: WWE Splitting the Mysterio’s- Rey and Dominik Mysterio haven’t been seen on WWE Raw for over a month. The father and son duo were last seen in Veer Mahan’s debut on Monday Night Raw in April. According to the Wrestling Observer, Rey Mysterio has been missing from action due to stem cell treatments for various injuries.

WWE Raw News and Rumors: WWE Splitting the Mysterio’s- For months now, there haveWWE Rey been talks that WWE wants to split the Mysterios and build Dominik. Many had predicted that Dominik would turn on Rey and become a heel. However, the storyline ended up being Rey preparing Dominik every week to handle things himself. 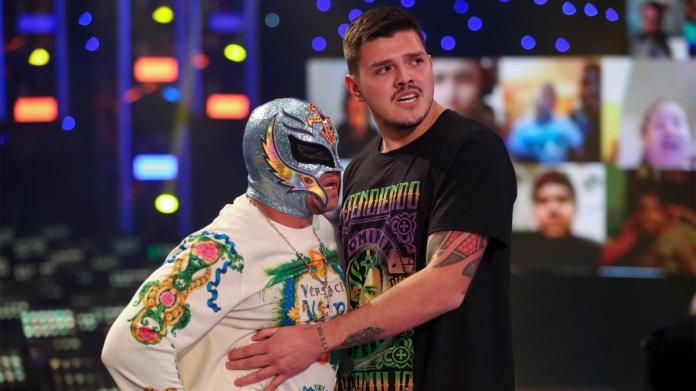 Dominik Mysterio last wrestled last month on Monday Night Raw in a crushing loss to Veer Mahan. Rey Mysterio hasn’t wrestled since the father and son lost to Logan Paul and The Miz at WrestleMania 38. It will be interesting to see how Dominik fares on his own.

Dominik Mysterio was first seen on WWE tv in 2019 when his father was in rivalries with Samoa Joe and Brock Lesnar. However, his main run started in 2020 with Seth Rollins and his then discipline Murphy.

This rivalry would give him the first biggest match of his career at SummerSlam 2020. Mysterio faced the visionary Seth Rollins in a street fight. Dominik put on an unbelievable performance for a boy wrestling his first big match. He did so well that it won the heart of WWE Chairman Vince McMahon. 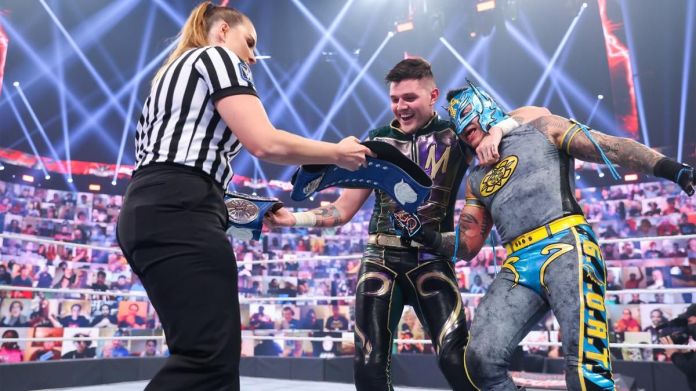 Dominik Mysterio is a boy filled with talent and potential. However, he has to step into the shoes of the greatest luchador of all time and outshine him. That can be quite a task.