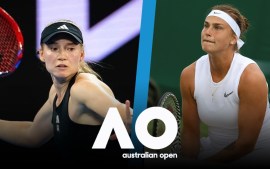 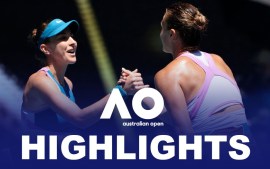 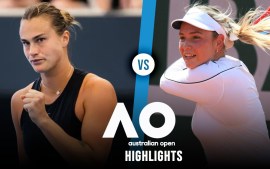 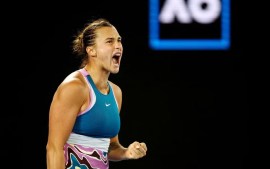 WTA Finals 2022 Highlights – Caroline Garcia Wins 7-6, 6-4: Caroline Garcia of France is the NEW CHAMPION of Season ender WTA TOUR Finals. Garcia defeated Aryna Sabalenka in straight sets to win the WTA Finals for the 1st time. The first set was a real slugfest as Garcia won by 7-6 after 55mins of SLUGFEST. Garcia won the 2nd by 6-4 to win the biggest prize cheque in WTA History. Watch Garcia vs Sabalenka Highlights with InsideSport.IN

Garcia won the WTA Finals championship match 7-6 (4), 6-4. She in a process also collected $1.57 million and 1,375 rankings points. And more evidence that this newly aggressive, forward-thinking game suits her best.

“It’s definitely a lot of giant happiness,” Garcia said in her post-match press conference. “A crazy final, a lot of intensity on every point. Just really proud of the work we did through all the year. It was a great match — really went for it. I’m really happy to win my biggest title.

In the end, the two players were disarmingly true to the form they’ve demonstrated across the 2022 season. Garcia, who led all Hologic WTA Tour players in aces, cracked 11 — 10 in the first set alone — and did not face a break point. Sabalenka, for whom double faults have been a mortifying vulnerability, hit two of her three in the critical first-set tiebreak.

That was the difference.

“I just dropped my level for a little bit,” Sabalenka said in her post-match press conference. “On the tiebreak and the first game of the second set. That’s it.

“I did my best, [but] she played unbelievable tennis.