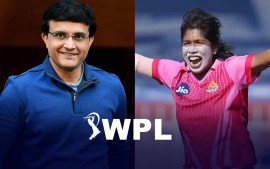 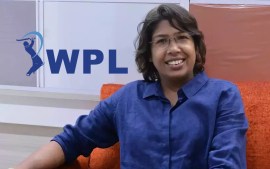 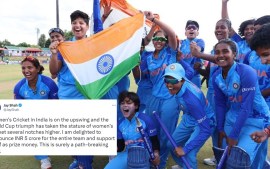 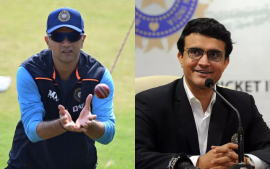 Virat Kohli Resigns – Ganguly on Kohli’s Resignation: The Board of Control for Cricket in India (BCCI) President Sourav Ganguly said Virat Kohli’s decision to step down as Team India’s Test skipper is a “personal one”. Like everyone else, Ganguly was left surprised by Kohli’s resignation but said that BCCI respects his decision – Follow India Cricket LIVE Updates with InsideSport.IN

Also Read:Virat Kohli Resigns: ‘Miffed’ Kohli informed his team on Friday about ‘QUITTING TEST Captaincy’, BCCI gets to know only on Saturday, check why?

Ganguly’s remarks came after Kohli stepped down as India’s Test captain after leading the side for seven years. The BCCI President also said the board respects Kohli’s decision.

“Under Virats leadership Indian cricket has made rapid strides in all formats of the game ..his decision is a personal one and bcci respects it immensely ..he will be an important member to take this team to newer heights in the future. A great player. well done ..@BCCI @imVkohli,” Ganguly tweeted.

Under Virats leadership Indian cricket has made rapid strides in all formats of the game ..his decision is a personal one and bcci respects it immensely ..he will be an important member to take this team to newer heights in the future.A great player.well done ..@BCCI @imVkohli

Ganguly on Kohli’s Resignation – Did Ganguly get a call from Virat Kohli before his resignation?

When & how was BCCI informed? No one in the board had a idea about Kohli’s decision till Saturday 3PM.

The sources close to top BCCI officials informed that BCCI Sec Jay Shah got a brief call from Kohli around 3PM. It is not clear whether BCCI President Sourav Ganguly recieved a call from Kohli or not.

Jay Shah was informed by Kohli that ‘he is leaving test captaincy’.

Kohli’s sudden disclosure did take him by surprise. But no attempt was made to request Kohli to ‘reconsider the decision’

“He had made up his mind to quit Test captaincy. There was no point requesting him”, a source has been quoted by The Telegraph.

Did the Chairman of Selection Committee got a call? InsideSport could not verify that whether Kohli gave a call to Chetan Sharma, the chairman of selection committe or not.

Though two other selectors informed InsideSport that, ‘they are unaware of any call to the selection committee by Kohli’

Last year, Kohli had stepped down as the T20I captain and then he was removed as the ODI leader as the selectors wanted one captain for the white-ball format.

Kohli vs Ganguly – How it all started? A day after Kohli was removed as the ODI captain, BCCI President Ganguly told ANI that he had indeed spoken to Virat regarding the leadership change adding, that he had requested Virat to also not give up the T20I captaincy.

However, Kohli held a press conference before Team India geared up to depart for South Africa.

In this, the former white-ball skipper contradicted Ganguly saying he was never asked to leave the T20I captaincy adding that even regarding the ODI captaincy, the communication could have been better.

Most Succesful Indian Test Captain: Coming back to Kohli’s Test captaincy, the former skipper’s biggest win in the longest format came during 2018-19 as India won its first Test series Down Under.

Only Graeme Smith, Ricky Ponting, and Steve Waugh have won more matches than Kohli as captain in Test cricket.

Kohli had first led the side in Test cricket in 2014 against Australia. His last game as captain was the Cape Town Test in South Africa, which India lost by seven wickets.