Thailand Open Badminton LIVE – India at Thailand Open: Srikanth, Malvika advance, Saina losses in first round LIVE: India’s ace shuttler Kidambi Srikanth, PV Sindhu and Malvika Bansod advanced to the Round 2 of the Thailand Open after overcoming respective opponents. While former Olympic Bronze medalist Saina Nehwal was beaten in the first round by Kim Ga-eun by score of 21-11, 15-21, 17-21. HS Prannoy too faced a first-round defeat as he lost to Malaysia’s Liew Daren 17-21, 21-15, 15-21. Follow InsideSport.IN for more updates.

Meanwhile, Indian shuttlers Ashmita Chaliha and Malvika Bansod entered the women’s singles main draw at the Thailand Open Super 500 tournament, both the players will play their first round contest in the main draw on Wednesday.

After playing a clinical role in India’s Thomas cup winning campaign, Srikanth began his Thailand Open campaign with a victory against France’s Brice Leverdez in the first round. Playing on Court 2, Srikanth defeated Leverdez 18-21, 21-10, 21-16 in a match that lasted 49 minutes.

Srikanth started off by going down in the first set as Leverdez gave a tough fight against the Indian. Srikanth however showed his class as he won the next two sets comfortably and clinched victory. 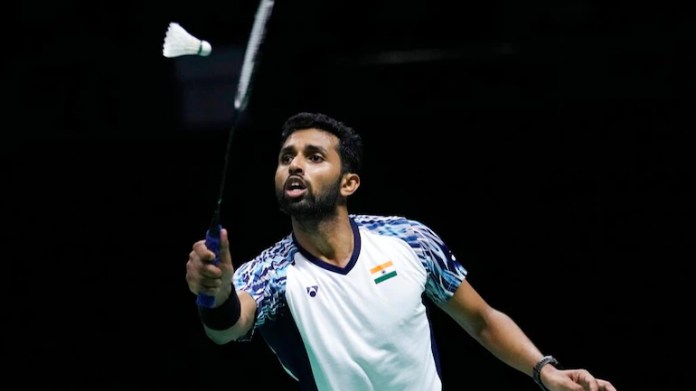 Daren’s best performance this year is a second round appearance at All England Championships and Asian Badminton Championships. Daren will look to give a much better performance at Thailand Open.

This will be the 10th meeting between both the players and Prannoy leads the Head-to-Head record 6-3. They last met in the 2021 World Championships with Prannoy winning the match in straight sets.

PV Sindhu, who faced qualifier Lauren Lam in the first round prevailed in a very close encounter and advanced to the second round. She won the game 21-19, 19-21, 21-18.

2012 Olympic Bronze medallist Saina Nehwal made a disappointing first round exit at Thailand Open as she faced a 21-11, 15-21, 17-21 defeat against South Korea’s Kim Ga Eun in the women’s singles first round. The Indian dominated the first game by winning it comprehensively 21-11. But the South Korean bounced back in the contest as she won the next two sets to qualify for the second round.

India’s men’s doubles duo MR Arjun and Dhruv Kapila bowed out in the first round of Thailand Open on Tuesday. The Indian pair who were part of the Thomas Cup Final lost 12-21, 21-19, 19-21 against Chinese Taipei duo Lee Jhe Huei and Yang Po Hsuan. India’s day off on a poor note as Men’s doubles duo of Manu Attri and Sumeeth Reddy face straight set defeat. Women’s pair of Haritha and Ashna Roy too bowed out in the first round.

Where to watch Thailand 2022 LIVE Streaming?