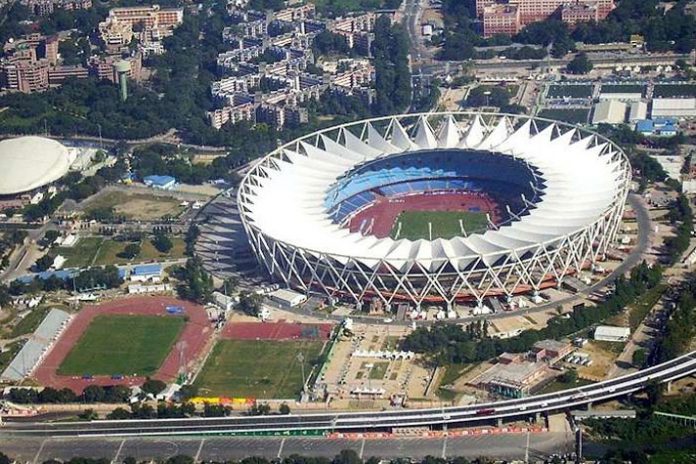 If a proposal mooted by the Ministry of Youth Affairs and Sports gets required go ahead the iconic Jawahar Lal Nehru Stadium in the Capital can become the first Sports Authority of India Stadium property to go into private hands.

The MYAS (Sports Ministry) has reportedly sent an elaborate draft and sought suggestions from the departments to assess the feasibility of Public Private Partnership (PPP) for the Sports Authority of India stadia, national daily Times of India has reported. The Sports Ministry also needs a go ahead from the Expenditure Wing of the Ministry of Finance to implement is proposal to lease out the SAI stadiums to private corporate houses for maintenance and operations.

The Union Government had reportedly been planning for a long time to lease out the Sports Authority of India stadia to corporate houses. Times of India, quoting sources, has reported that the Government has initiated a move to execute its plans.

The paper suggests that some top corporate in the country have shown interest in acquiring the SAI infra on lease.

“The ministry will be holding discussions, even appointing some people, to suggest how to go about the whole process. The ministry wants to complete the process at the earliest. Once the approval part is done, depending on the success of the JLN stadium’s privatisation, other SAI stadia will also be engaged in a PPP model,” a source said.

According to this model, this leasing out process will see interested private parties bearing the entire maintenance cost of the stadia, with the SAI limiting its role only to the monitoring of the facility.

The government had spent hundreds of crores to refurbish the five stadia in the national capital to host the Commonwealth Games in 2010. The stadia — JLN stadium, Major Dhyan Chand stadium, Karni Singh shooting range, Dr Syama Prasad Mookerjee swimming complex and Indira Gandhi Indoor stadium —were refurbished at a whopping combined cost of Rs 2,179 crore. However, the under-utilisation of these showpiece facilities, over the years, have turned them into ‘white elephants’.

The move will help SAI generate much-needed revenue to meet their enormous maintenance costs. The draft proposal has reportedly been prepared on February 1.

England vs West Indies LIVE: Repeat of 2016 Finals tonight in...