SL vs AFG Highlights: SriLanka vs Afghanistan Highlights – SriLanka win by 4 wickets: SriLanka have pulled off a massive heist all thanks to Charith Asalanka and Dunith Wellalage. Asalanka scored an unbeaten 83 off 72 while Wellalage smashed 21-ball 31 to chase down huge 314-run target with 2 balls to spare. With the win, SriLanka levelled the series 1-1. Earlier, Ibrahim Zadran slammed a record 162 to help Afghanistan post 313/8. Najibullah Zadran also contributed 77 runs as the duo added 154 runs for the 4th wicket. Watch SL AFG Highlights with InsideSport.IN

Chasing a target of 314, Sri Lanka were off to a perfect start. Openers Pathum Nissanka (35) and Kusal Mendis (67) put up a 101-run opening stand. But with Mohammad Nabi removing Kusal Mendis, SriLanka had a mini-collapse. After Nabi, Rashid Khan triggered the collapse, removing Nissanka and Dhananjaya De Silva in quick succession.

Pakistan vs England: BIG Decision coming up at 8AM, PCB & ECB to…

But Dinesh Chandimal and Charith Asalanka steadied the ship with a 48-run stand. Once Nabi cleaned up Chandimal, Asalanka added another 79-run stand with Dasun Shanaka. But once Shanaka departed, Wanindu Hasaranga followed suit. There was immediate trouble with SriLanka reduced to 249/6, still 65 runs required in 41 balls.

However, Asalanka took charge. With 5 fours and 4 sixes, he kept SriLanka in the hunt before Wellalage stepped up. He hammered Gulbadin Naib for 16 runs in the 49th over to change the equation. In the end, he remained unbeaten on 31 off 21. Asalnka scored an unbeaten 83 to keep SriLanka’s hopes of a direct entry into World Cup 2023 alive.

Earlier, opting to bat first, Afghanistan posted a huge 313-run total. Opener Ibrahim Zadran broke all sorts of record, smashing 162. It is the highest score by an Afghan player.

Zadran’s epic knock of 162 came off a mere 138 balls and included 15 fours and four sixes. The opener completed his hundred in the 39th over, getting to it off 100 balls before smashing 58 runs off his next 38 balls.

He put on 154 runs with the left-handed Najibullah Zadran, who made 77. The two rebuilt the Afghan innings after three early wickets and put Sri Lanka on the back foot.

The effort was Afghanistan’s best fourth-wicket partnership, breaking a 2013 record of 144 between Nawroz Mangal and Samiullah Shinwari against Scotland.

It was Ibrahim’s third century in just his eighth ODI and surpassed Afghanistan’s previous top score of 131 not out by Mohammad Shahzad. Ibrahim stood firm to take on the bowlers as he surpassed his previous best of an unbeaten 121 before departing on the final ball of the innings. He hit 15 fours and four sixes in his 138-ball knock. 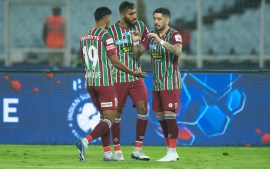 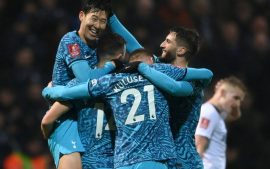 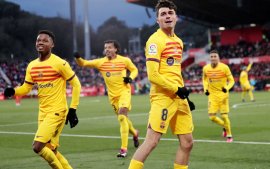