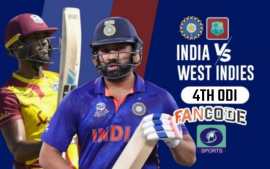 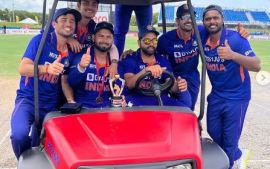 Ravi Shastri BIGGEST Dhoni Fan, but says ‘I don’t have his phone number till today’, check why?

“Even if he scores a zero, or scores a hundred, or win the World Cup, or lose in the first round, it doesn’t make a difference to him. I have seen a lot of cricketers, but there is no one like him. Even Sachin Tendulkar has a fantastic temperament, but he sometimes gets angry. But Dhoni doesn’t,” Shastri told Shoaib Akhtar on the Pakistan cricketer’s YouTube channel.

Ravi Shastri BIGGEST Dhoni Fan, but says ‘I don’t have his phone number till today’, check why?

Ravi Shastri on Dhoni –  Shastri said he still doesn’t have Dhoni’s phone number till date. According to Shastri, the man from Jharkhand can stay away from his PHONE for days if he wants to.

MS Dhoni is one of the sharpest cricket minds I have encountered: Greg Chappell

Greg Chappell on Dhoni: Dhoni hasn’t made Shastri his BIGGEST FAN but another former India coach Greg Chappell is CSK captain’s big fan. Dhoni retired from international cricket in August 2020 but the former captain has been leading CSK in the Indian Premier League. He was one of the 4 players retained by the 4-time champions ahead of the IPL 2022 auction.

Australian great Greg Chappell has rated former India captain Mahendra Singh Dhoni as “one of the sharpest cricket minds”, saying his decision-making skills set him apart from his great contemporaries.

Chappell, who had a tumultuous two-year tenure as India’s chief coach from 2005 to 2007, had often spoken highly of the two-time World Cup-winning captain who ended his glorious career as one of the country’s greatest players.

“MS Dhoni, with whom I worked in India, is a good example of a batter who developed his talent and learned to play in this fashion.

“By competing against more experienced individuals on a variety of surfaces early in his development, Dhoni developed the decision-making and strategic skills that have set him apart from many of his peers. He is one of the sharpest cricket minds I have encountered,” Chappell said.