PUBG Mobile India Comeback Update: PUBG Mobile is not coming to India anytime soon. The Ministry of Electronics and Information Technology (MEITY) is yet to respond to the request of PUBG promoters for a meeting according to the sources.

‘Government is yet to respond to the request for the meeting. The game promoters are ready to comply to all norms set by the Indian government – but no response has comeback from the MEITY office’, told a source close to the game operators.

Various rumors about game’s comeback in India has been floated since last few days. But the reality is that the officials still doesn’t have any permission from the Indian government to make a return to India.

That is the reason, the officials of newly formed PUBG entity in India had officially requested MEITY for a meeting. InsideSport had reported that the concerned executives of the company have been repeatedly requesting ministry for an opportunity of meeting. InsideSport was further told by the sources that the ‘request is yet to be granted by the MEITY’.

PUBG is desperate to relaunch themselves in India. According to the Insiders, ‘the proposed meeting will decide if permission to Relaunch can be granted to PUBG or not’. The source further added that ‘In the current circumstances it will not be easy for PUBG to relaunch themselves before Jan-Feb next year and that too will depend on the stance of the government’.

PUBG Mobile Comeback : Ministry sources to InsideSport, “No permission to PUBG to operate in India as yet”

PUBG Mobile Comeback latest update : Last week, InsideSport had reported to its readers that PUBG Corporation or any new entity in India has not been granted any permission to re-start operations in India.

PUBG Mobile was banned in India along with the other Chinese Apps in September and according to the ministry source, ‘there is no change in that stance at this stage’, said the source.

“Any banned entity can’t operate just by floating new company. This even Tik Tok or anyone else can do. They will have to get permissions from MEITY to operate once again in India”,

This clearly means, though the new company has been floated and approved by the Ministry of Corporate Affairs, the permissions by the ministry that banned Chinese Apps will still be required for the game to operate in India.

It is worth noting, that the game has registered as a company with the Ministry of Corporate Affairs on 21st November. The new registered entity, complies with the government norms as one of the appointed Director is India by the name of Kumar Krishnan Iyer. The other director in the company is Sean (Hyunil) Sohn.

The company has a Corporate Identity Number of U72900KA2020FTC141285 which suggests that PUBG Mobile India is serious to not only make a comeback in the country but is also ready to comply with the norms.

PUBG Mobile Comeback : Microsoft Azure also declared that ‘they don’t have any information’ on PUBG Re-launch

Earlier Microsoft Azure who is reportedly getting into a partnership with PUBG Mobile to host the game on its servers and data centers also confirmed that they don’t have any information about PUBG’s relaunch in India.

We don't have any news to share at this time regarding PUBG Mobile India. Keep an eye on the official website for more information! https://t.co/rPVki9QvrT

“We don’t have any news to share at this time regarding PUBG Mobile India. Keep an eye on the official website for more information!” This is what they had to say. Ever since the coming soon posts by PUBG, Azure is being spammed on twitter, questioned by eager fans when the game will arrive. 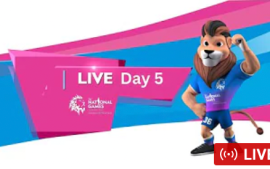