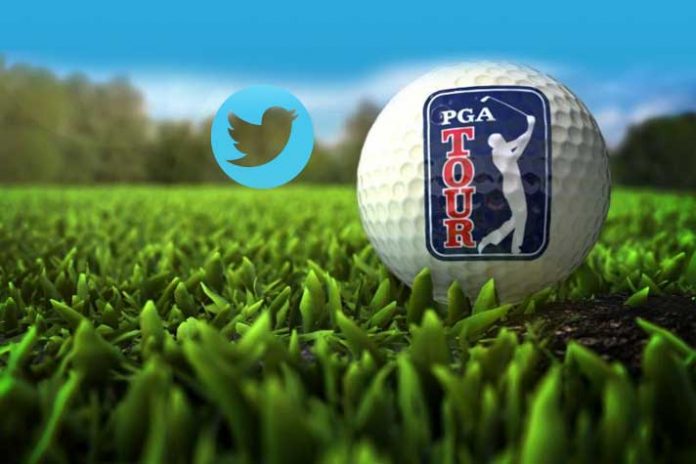 The PGA TOUR announced a renewed and expanded agreement with Twitter to distribute, on a free basis, nearly 140 hours of live competition from PGA TOUR LIVE across 28 tournaments during the 2018-19 PGA TOUR Season.

The multi-year agreement will facilitate streaming on Twitter the first 60 to 90 minutes from the morning hours of all four rounds of PGA TOUR LIVE’s Over-The-Top (OTT) subscription window, on a global basis. The addition of Saturday and Sunday morning coverage will result in the most live PGA TOUR content ever offered on Twitter.

In a nod to the PGA TOUR’s Fans’ First initiative, the TOUR is launching Fan Vote Fridays, giving fans the chance to vote, via Twitter to determine one of the two Featured Groups that will be showcased during Friday’s coverage, for each tournament streamed on Twitter. Fans will also have pre-tournament access with live streams from the driving range each week.

Twitter will begin live streaming at the Desert Classic in Palm Springs, California, on January 17-18. The four-round coverage on Twitter will begin at the Farmers Insurance Open in San Diego and conclude in August at the season-ending TOUR Championship in Atlanta, where the FedExCup Champion will be crowned.

The live coverage will be available globally on Twitter and can be found via @PGATOUR, with promotional support and additional content via @GOLFTV, the PGA TOUR’s newly launched media partnership with Discovery Communications.

“The evolution of our streaming partnership with Twitter over the past three years has led to extraordinary feedback from our fans globally,” said Rick Anderson, Chief Media Officer of the PGA TOUR. “We continue to reach an ever-growing young, diverse and loyal audience allowing us to expand and improve the product with live programming, real time highlights and video-on-demand content.”

“We’re thrilled to grow our lighthouse collaboration with the PGA TOUR, bringing even more content to passionate golf fans around the globe,” said Kay Madati, VP and Global Head of Content Partnerships at Twitter. “We saw tremendous excitement and growth in 2018 around golf conversation and sponsor enthusiasm for PGA TOUR content on Twitter. This year, we will reach and continue to serve highly engaged golf fans every day throughout the PGA TOUR season by pairing those conversations with live programming and real-time highlights, all in one place on our platform.”

The PGA TOUR and Twitter initially teamed up to live stream tournament coverage when portions of PGA TOUR LIVE’s premium window was streamed during the opening rounds of the first two events of the 2016 FedExCup Playoffs. The two companies formalized their live stream relationship in January 2017 when they agreed to stream PGA TOUR LIVE coverage from select events during the 2016-2017 PGA TOUR Season.