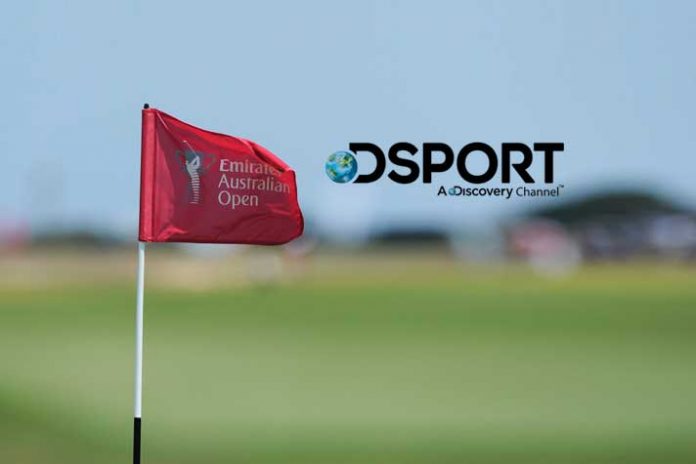 One of the most prestigious tournaments of the PGA Tour of Australasia, the Emirates Australian Open will tee-off on 15th November at The Lakes Golf Club, Sydney.

Golf enthusiasts across India will be able to catch the live action from the exciting four-day tournament on DSPORT, a premium sports TV channel launched by Discovery Communications. The Tournament will be telecast live between November 15 and 18. Live broadcast will start at 6:30 am on all match days.

A strong line-up of marquee golfers like Zach Murray, Jonathon Brown, Brendon Steele, Keegan Bradley will be some of the key contenders. Cameron Smith who recently finished T7 in the CJ Cup 2018, Mark Hensby with his incredible comeback story, Matt Kuchar with his ability to squeeze top-10 finishes out of nowhere will lead the star-studded line-up at this 103rd edition of the Australian Open.

Defending Champion, Cameron Davis will battle it out amongst the top golfers to retain the trophy for the second consecutive year. Adding on to the excitement for Indian viewers, the superstar and dual Presidents Cup player Anirban Lahiri along with Shubhankar Sharma will represent the nation in this tournament.

Since the inaugural ‘Australian Open’ in the year 1904, the contest has become very popular with players and spectators alike. All the golfers will be fighting for a price pool of 1.25 million AUD.