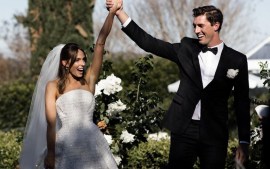 PAK vs AUS: BIG SETBACK! Steve Smith ruled out of limited-over games due to elbow issue

PAK vs AUS – Steve Smith ruled out: In a recent development, Australia’s top-order batsman Steve Smith has been ruled out of…

PAK vs AUS – Steve Smith ruled out: In a recent development, Australia’s top-order batsman Steve Smith has been ruled out of upcoming limited-overs matches against Pakistan due to discomfort in his previously troubled left elbow. Follow Pakistan vs Australia Live Updates on InsideSport.IN & PAK vs AUS LIVE streaming on Sony Sports Network.

PAK vs AUS Live: Nathan Lyon bags brilliant FIFER, as Australia crush Pakistan by 115 runs to win Test series 1-0 – Check Highlights
Smith is expected to will fly home from the subcontinent alongside Pat Cummins, Josh Hazlewood, Mitchell Starc and David Warner with all four resting following the 1-0 Test series victory. Glenn Maxwell is also absent from Australia’s white-ball squad after getting married last week.
PAK vs AUS – Steve Smith ruled out:  Aussie selectors believe the squad has enough batting depth to cover Smith’s absence but have opted to add legspinner Mitchell Swepson to the squad as another bowling option.
Smith, who became the fastest player to score 8000 Test runs during the Test series, has been managing his elbow over a lengthy period of time and Australia have opted for a cautious approach.
PAK vs AUS: BIG SETBACK! Steve Smith ruled out of limited-over games due to elbow issue
“It’s disappointing to miss these matches against Pakistan but after chatting with the medical staff I can see the need to take a break at this time,” Smith said.
“I do not regard this as a major issue but by staying on top of things now, we can ensure that it doesn’t become something more significant further down the line.”

Smith was not bought in the IPL auction and will get a chance to rest for over two months as Australia’s next assignment is a three-format tour of Sri Lanka starting on June 7.

Australia seals Test series against Pakistan- Nathan Lyon turned the tides with a brilliant fifer as Australia beat Pakistan by 115 runs to win the Lahore Test and the three-match Test series by 1-0 after returning to Pakistan after 24 years. Babar Azam and Imam Ul-Haq’s fighting fifties went in vain as Pakistan lost eight wickets for 130.

The three-match ODI series between Pakistan and Australia starts on Tuesday with the only T20I to be played on April 5. All four matches have been moved from Rawalpindi to Lahore due to political issues.
PAK vs AUS: BIG SETBACK! Steve Smith ruled out of limited-over games due to elbow issue