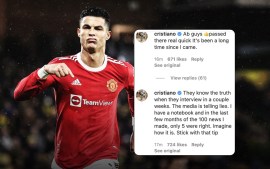 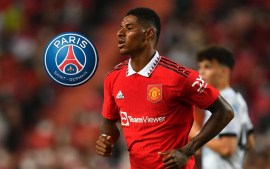 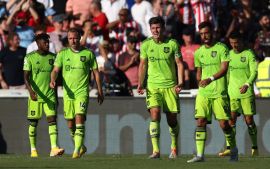 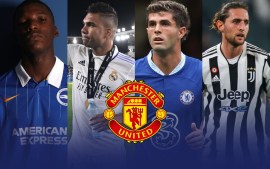 By  Shallon Lewis May 19

🚨 JUST IN: Argentina centre-back Lisandro Martínez has been added to the list of Manchester United targets ahead of Erik ten Hag’s arrival as manager. Ten Hag is a huge admirer of Jurrien Timber as well #mufc #mujournal

The New Manchester United manager Erik ten Hag is said to be eager to continue working with Timber when he takes over the reins at Manchester United – and also has interest in his Ajax team-mate, fellow defender Lisandro Martinez.

Ten Hag is looking to rebuild the Manchester United squad during the summer transfer window and has prioritised a striker, a creative and holding midfielder and a central defender.

According to The Mirror, Timber could be the Dutch manager’s first signing in the summer as the 20-year-old became one of ten Hag’s most trusted players at Ajax.

Timber who made 43 appearances in Ajax’s 2021/22 title-winning campaign is a versatile player that can perform well at centre-back and also at right-back.

He is a young player with a lot of potential. Therefore, he could grow into a household name under ten Hag at Manchester United. However, there will be significant competition for his signature this summer.

When asked previously about taking Timber with him to United, ten Hag said: ‘I think all the top clubs in Europe have Timber in their sights. But I think that applies to a lot of Ajax players at the moment.’

Potentially joining him at Old Trafford is Argentine centre half Martinez with the Telegraph reporting ten Hag is eyeing up a swoop for the 24-year-old, who is rated at around £25million.

The six-cap international is not the tallest at only 5’9″ but has been the cornerstone of Ajax’s success in the last three seasons, and is quick, capable of starting attacks with incisive passes and a good one-on-one defender.

Erik ten Hag has Marcus Rashford in his plans

Additionally, ten Hag may be forced to replace Jesse Lingard, Phil Jones, Eric Bailly, Dean Henderson, Aaron Wan-Bissaka, Alex Telles, Anthony Martial and Marcus Rashford as they have all been linked with moves away.

However, ten Hag has made it clear that he plans to make Rashford an integral part of the team’s revival regardless of the 24-year-old’s links with alternative clubs.

Ten Hag has also spoke highly of Cristiano Ronaldo, having described the striker as a ‘giant’ during what was essentially his Ajax ‘exit interview’ in the Dutch press. He added: ‘I want to keep him at Manchester United, of course.’