Follow all live updates of the Indian Super League on InsideSport.in

Cleiton Silva (14′), Jayesh Rane (42′) and Prince Ibarra (81′) provided the fireworks for Bengaluru FC, while Deshorn Brown (17′), Mathias Coureur (25′) scored for the Highlanders along with Mashoor Shereef (22′ OG) who unfortunately found his own net. Former Bengaluru man Deshorn Brown almost provided the opener of the night with an acrobatic attempt in the very first minute. NorthEast United looked dominant in the opening exchanges but the game opened up right around the quarter-hour mark.

An entertaining eleven minutes ensued with four goals, two at either end. First up, Brazilian target man Silva made most of Udanta Singh’s build-up play, to leave NorthEast defenders high and dry to complete a fine goal. Three minutes later, Deshorn Brown was to have his say in the game. VP Suhair on the left flank, brilliantly found Brown who with a controlled first touch, smashed into the net to draw level.

NorthEast then shot themselves in the foot. Ashique Kuruniyan lobbed the ball in from range, it rebounded off the crossbar and came back into play. Mashoor Shereef, instead of clearing it, scored a goal. 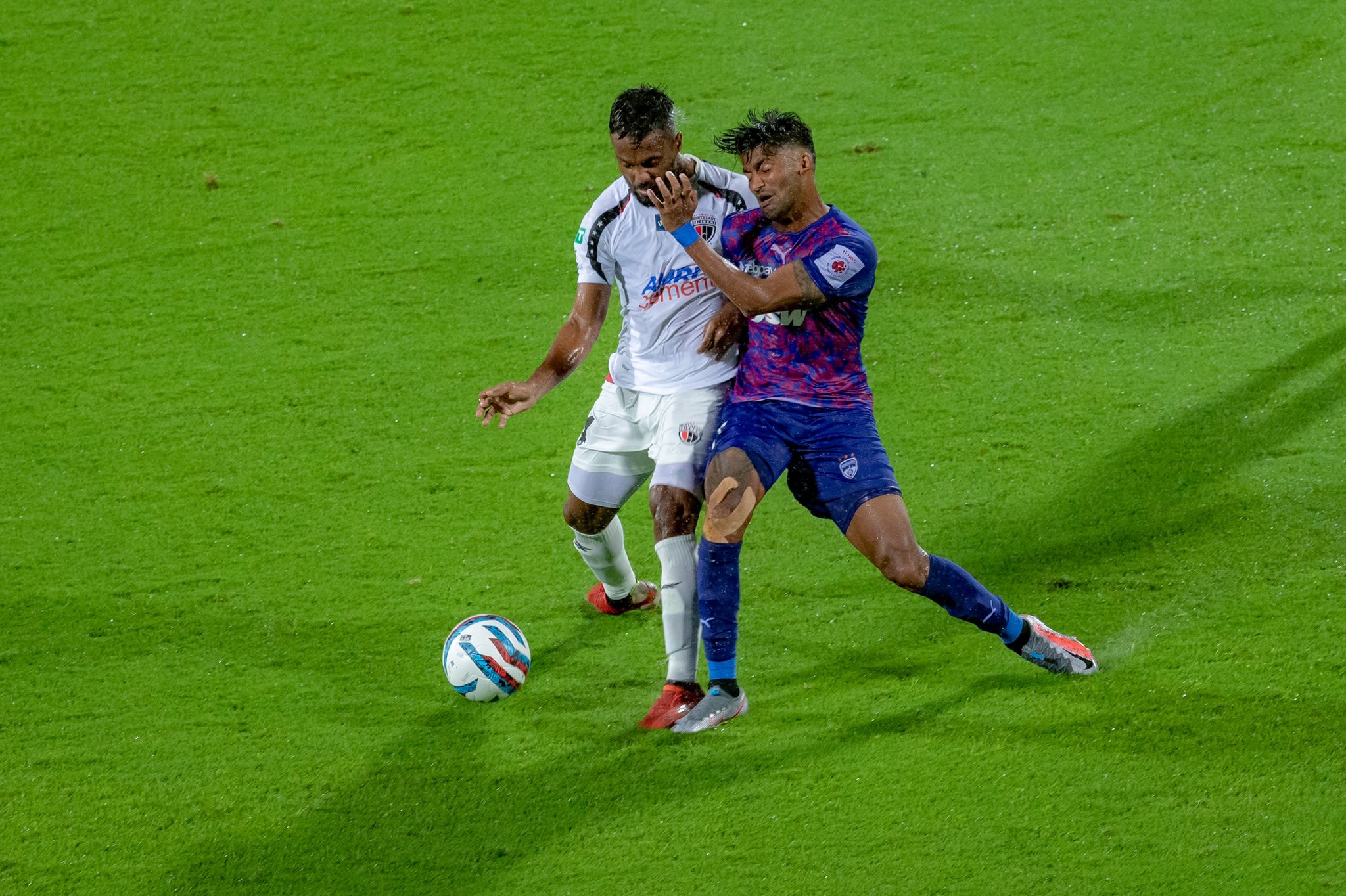 On the other end, new signing Mathias Coureur made amends for his teammate. Suhair yet again set up the move for Coureur to slot it in on the second time of asking, equalizing for the second time in the night. Sunil Chhetri, desperate to get into the act squandered a chance but it was Jayesh Rane right before half-time who drove down a left-footer to bring up the fifth goal of the game.

NorthEast looked visibly second-best post the break. Chhetri missed an easy chance before Sehnaj Singh was brought in by Khalid Jamil, who looked to the bench for the experience.
The game descended into a tactical battle with multiple substitutions from both sides hampering the flow of the game late on. There was one bit left, where Alan Costa’s long ball found Prince Ibarra, who cut in and finished with style. Bengaluru managed to hold on to the score and register all three points.