ISL 2021-22: Bengaluru FC and Kerala Blasters end equals in a thrilling 1-1 contest: In a matter of four minutes, Ashique Kuruniyan turned hero to villain as his goals at either end cancelled out for Bengaluru FC and Kerala Blasters FC to share the spoils in a 1-1 draw in an Indian Super League (ISL), 2021-22 third-round game at the Athletic Stadium in Bambolim on Sunday. Follow BFC vs KBFC LIVE & ISL 2021-22 LIVE Updates on InsideSport.in

2 errors that decided the game! 🤯

Ashique Kuruniyan (84′ and 88′ OG) first scored for the Blues and then for the opposition. Bengaluru now have 4 points from 3 games but Blasters still remain winless. Marco Pezzauioli, on the back of the 3-1 defeat at the hands of Odisha, brought in more creativity with Iman Basafa slotting into midfield. Cleiton Silva returned to lead the line. Blasters too had a couple of changes. Puitea featured alongside Jeakson Singh in a double-pivot role as Alvaro Vazquez replaced Jorge Pereyra Diaz.

Bengaluru remained on top with superior ball possession early on but Blasters had Jeakson Singh almost create a favourable chance under two minutes itself.

ISL 2021-22: Chennaiyin FC eye second straight win, Crivallero to be out of action for 4 weeks

However, it was a battle of tactics with Indian youngsters making for good viewing. Vincy Barretto and Ashique were involved in an intense tussle on the wings. Bengaluru deployed the idea of stretching the game wide with Sunil Chhetri repeatedly threading the ball onto the flanks for Ashique and Udanta bombing down the channels.

On the other side, Sahal Abdul Samad showcased some slick moves to beat Roshan Singh and cross inside the box. But, Ashique was equally adept at defensive duties, clearing off the danger, in the 23rd minute.

There were some clumsy attempts from both sides but neither was able to trouble the opposition goalkeeper too much in the first half.

It was a frantic ten minutes after the change of ends. Cleiton and Udanta combined well to keep Blasters anxious. First the Brazilian shot wide and then lobbed the ball high over the bar. Albino Gomes in fairness, had it covered. 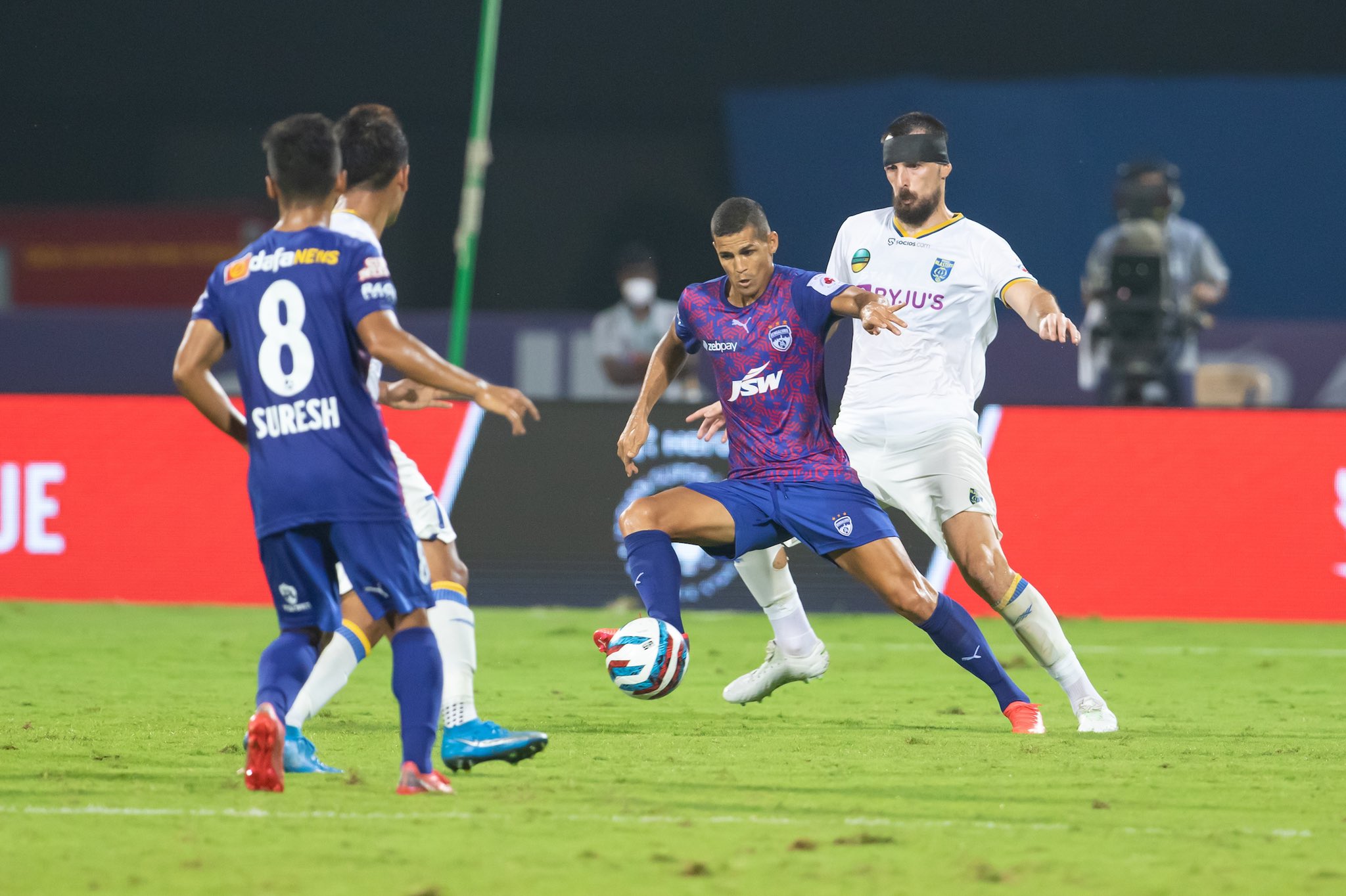 Roles were reversed as Cleiton then found Udanta who blazed the ball wide. Surprisingly, Sunil Chhetri was substituted off at the hour mark, without having any substantial impact on proceedings.

The last ten minutes defined the script of the game. Ashqiue found the ball on the edge of the box. After toying with Khabra, he shot on the angle and a spill from Albino Gomes saw the ball go into the net.

Moments later, it was anti-climax. A cross from the left saw Leskovic pip goalwards but Ashique, instead of clearing, shot right into his own net.