ISL 2021-22: ATK Mohun Bagan start their season on a high as they thump Kerala Blasters 4-2 in a six goal thriller: Blockbuster boys ATK Mohun Bagan wasted no time in putting up a dominating display, sounding warning bells across the league at the very outset. The Kolkata giants defeated Kerala Blasters 4-2 in the opening game of the 2021-22 Hero Indian Super League (ISL) at the PJN Stadium in Fatorda on Friday.

Hugo Boumous (3′, 39′) and Liston Colaco (50′), brought in for upwards of INR 3.5 Crore paid instant dividends by scoring in the goals. Roy Krishna (27′ P), too did not fail to capitalise from the spot, yet again amongst the goals. For Blasters, young enigma Sahal Abdul Samad (24′) thought he had equalised, but in vain.

Former FC Goa and Mumbai City FC star Boumous became the league’s fastest scorer in an opening encounter, finding the net from outside the box within three minutes. ATK Mohun Bagan suddenly struggled to cope with the Blasters’ retaliation. Rahul KP did well down the right flank, picking out an inch-perfect cross towards Sahal Samad just near the box, who drove in with aplomb.

ISL 2021-22: That joy was short-lived as Roy Krishna won and converted the penalty just minutes after. Albino Gomes got nowhere close to the elite footballing brain of the Fiji-born forward.

The first half was sealed and delivered as Boumous capitalised on being left unmarked. He ventured out with precision, hit it across and through the keeper’s legs to deliver a two-goal cushion.

Post the break, Liston Colaco curled in a delectable fourth goal with little help from Krishna, much to the delight of coach Antonio Lopez Habas. 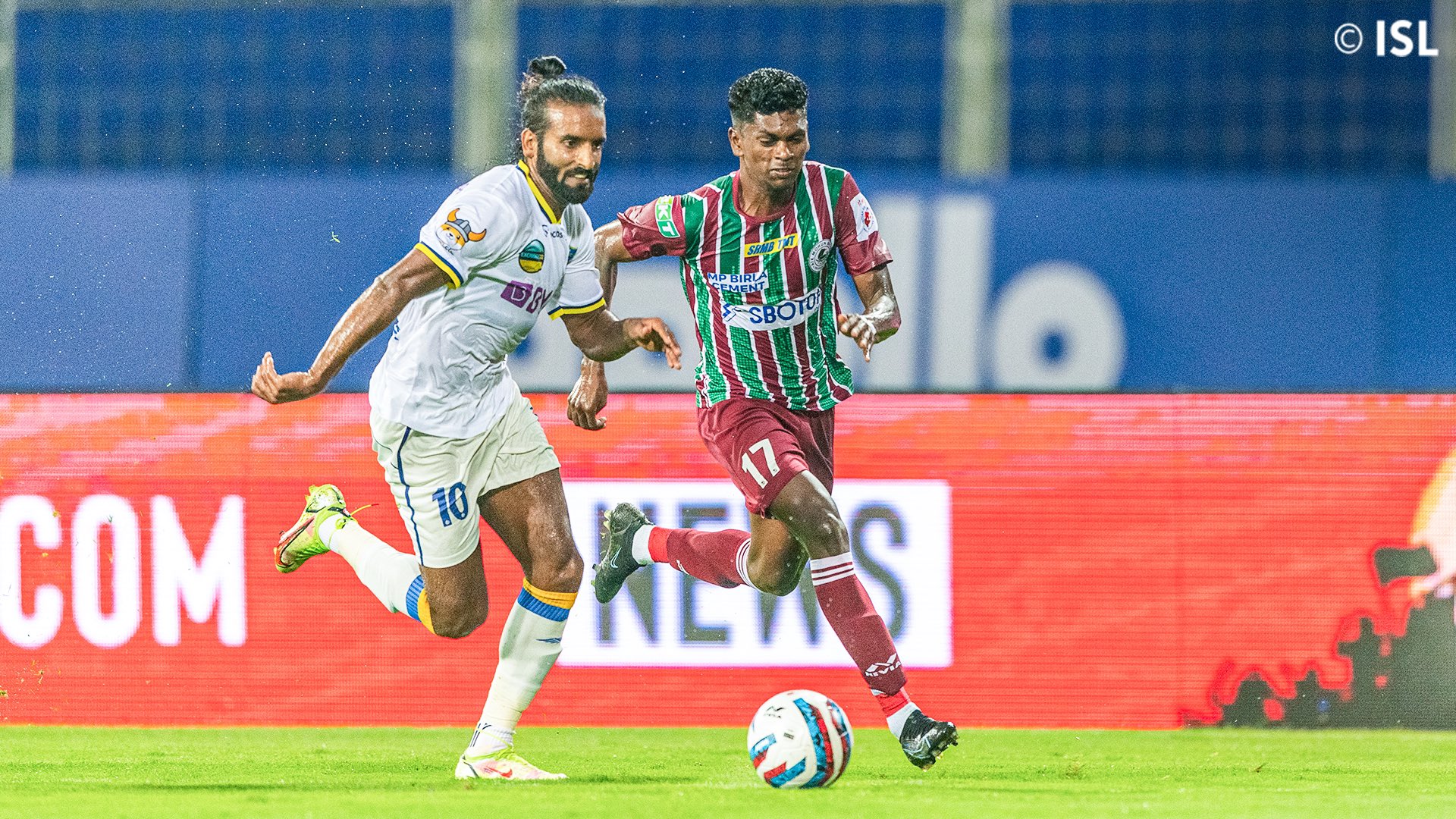 The game entered into an even contest thereafter with the ball but ATK Mohun Bagan kept teasing the Blasters defenders. Jorge Diaz (69′) pulled a goal back out of nowhere for Blasters as ATK Mohun Bagan appeared a tad complacent in holding down their shape.

ATK Mohun Bagan would be happy with the performance considering Kerala Blasters entered the game with a robust pre-season. Bagan play the famous Kolkata derby next weekend while Blasters face NorthEast United on Thursday.

ISL 2021-22 LIVE: ATK Mohun Bagan start their season on a high as they thump Kerala Blasters 4-2 in a six goal thriller