The top order batsman and the occasional wicketkeeper, Kannanur Lokesh Rahul, commonly known as KL Rahul or KL  has been retained by the Kings XI Punjab for INR 11cr for this season of VIVO Indian Premier League.

In his debut year (2013 or IPL season 6) he was bought by the Royal Challengers Bangalore at INR 10lakhs. KL Rahul has shown some enormous growth in his IPL salary contact from his debut year.

According to the professional sports’ salary calculator Moneyball an aggregate INR 26.1 crore salary across 12 seasons, places Rahul at the 49th position in the Moneyball IPL Player rankings. 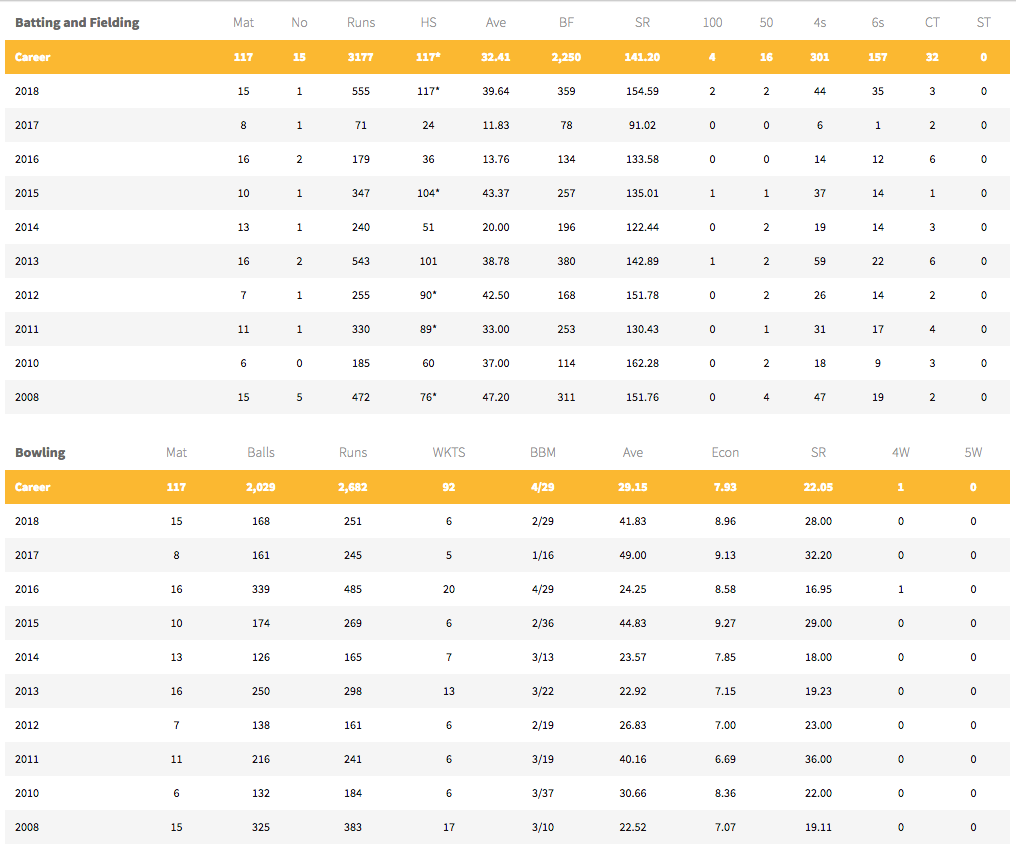