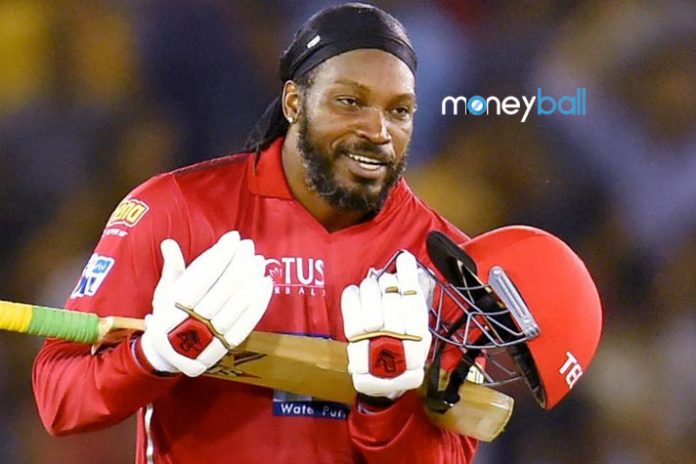 Among the greats and most powerful hitters in shorter formats of cricket, Chris Gayle will not don the West Indies’ maroon jersey in ODIs after the ICC World Cup this year.

But his legacy in the shortest format, T20s will continue to grow as the King of T20 leagues, who believes in delivering in boundaries. Running singles and twos is not his trait.

The man who brings in more entertainment into the game than merely flooding the board with runs, is among the few overseas players to have played in all the seasons of the cash rich Indian Premier League.

Gayle will quit the ODIs on a high. Only behind fellow West Indian Brian Lara in terms of ODIs played and runs scored.

His IPL salary contracts on the Moneyball will not justify the Gayle force of the swinging willow by the mighty arms of the towering Caribbean, but he has won franchisees’ interest in all 12 seasons of the IPL.

An aggregate ₹ 54.5 crore salary across 12 seasons, places Gayle at the 17th position in the Moneyball IPL Player rankings.