IPL 2022 Playoffs Venues – IPL 2022 Full Schedule: BCCI President Sourav Ganguly confirmed that Ahmedabad and Kolkata will host the IPL 2022 playoffs in May. Ganguly also declared that all playoff matches will be played with a 100% crowd capacity. The decision was taken by the Apex Council of the Board of Control for Cricket in India. Follow IPL 2022 LIVE Updates with InsideSport.IN

Qualifier 1 and Eliminator will be held at the Eden Gardens in Kolkata on May 24 and 25 while Eliminator 2 and the final will be in Ahmedabad on May 27 and 29.

Unlike the ongoing league matches which is being played with 50% crowd capacity, the BCCI said that a full house will be allowed for the play-offs. 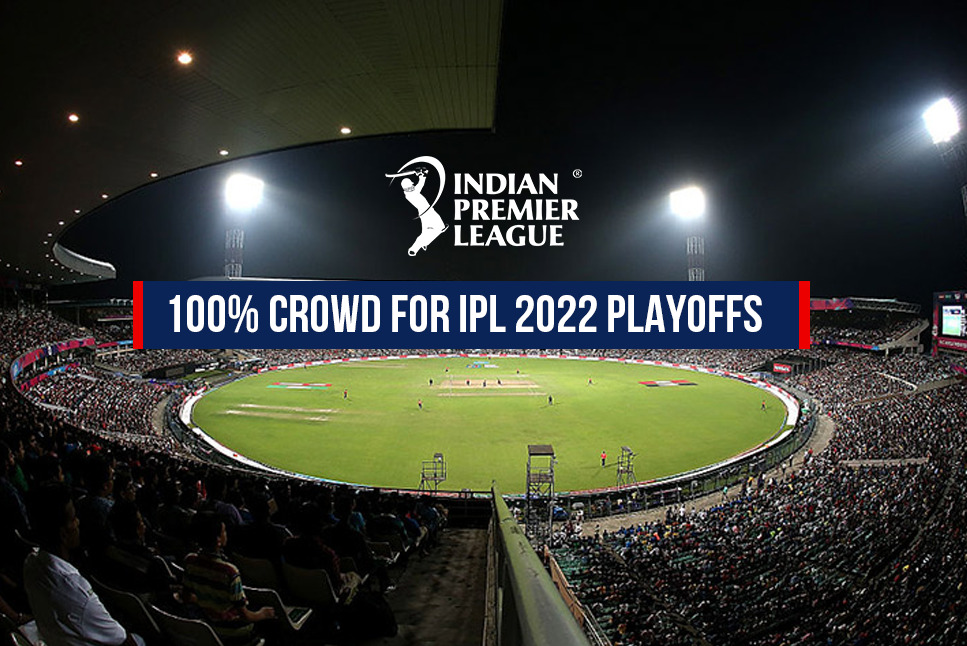 IPL 2022 Playoffs Venues – IPL 2022 Finals: The venues for IPL playoffs were formally decided at the BCCI’s Apex Council meeting on Saturday. The league stage of the tournament will conclude in Maharashtra on May 22, after which the four teams will travel to Kolkata and Ahmedabad in the bio-bubble.

“As far as the men’s IPL knock-out stage matches are concerned, it would be held in Kolkata and Ahmedabad, with hundred percent attendance allowed for the matches to be played after the league staged finishes on May 22,”, BCCI President declared

“The Women’s Challenger series will be held between May 24-28 at Lucknow’s Ekana Stadium,” he added.

The BCCI also confirmed the dates and venues for the five-match T20 series against South Africa with June 9, 12, 14, 17 and 19 being the dates. The venues are Delhi, Cuttack, Vizag, Rajkot and Bengaluru.