IPL 2022: Dewald Brevis continues to shine – There is an uncanny similarity between AB de Villiers and Dewald Brevis. Not that the two starred in U19 World Cup but their style of play. The South African U-19 allrounder Brevis has added the 360-degree shots to his arsenal that ABD mastered at a later stage of his career.  The exciting youngster is on the radar of many IPL franchises and could be a big hit in the upcoming auction. Follow IPL 2022 Auction Live Updates on InsideSport.IN. 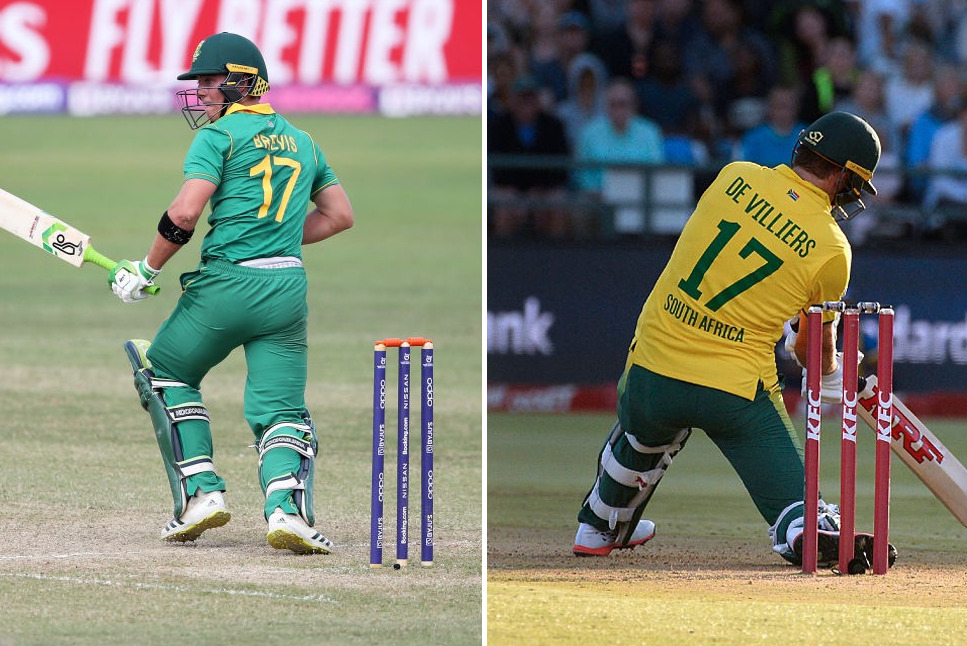 During his swashbuckling 65-run knock that almost took the match away from India in the opening game, his teammates were seen holding a small placard with ‘BABY AB!!!’ written on it.

There is a reason for that. Former South Africa captain and Royal Challengers Bangalore batsman AB de Villiers has greatly influenced Dewald Brevis. The two have uncanny similarities in shot selection and timing.

The reason? AB de Villiers has been mentoring Dewald for the last two years. The two had many net sessions together, helping the 18-year-old improve. ABD even had been to Brevis’ house where he has a cricket net to practise.

“I know Dewald very well. I have been his mentor for about two years now and help him with his batting and his attitude towards cricket. We have done quite a few sessions in the indoor nets together,” AB de Villiers told Netwerk24.

It’s no coincidence that SA U19 star Dewald Brevis’ style resembles that of AB de Villiers.
“I know Dewald well, I’ve been his mentor for 2 years,” says De Villiers.
They’ve had many net sessions together. AB has been to the Brevis house, which has a cricket net in the backyard. pic.twitter.com/Uopb8PW3PY

“I always invited him for one-on-one sessions when I was preparing for the Indian Premier League, then I threw balls at him and he at me. I have also been to his house, he has his own (nets) just there. I worked with him there and met his parents,” he added.

It was during a visit to Dewald’s school when AB de Villiers first watched him play. He was so impressed that the two continued to practice and ABD took him under his wings. Since then, he has only flourished. To make the matter more interesting, Dewald is an RCB fan like ABD’s second home was Bengaluru and RCB.

“AB came to our school. Schalk Engelbrecht (the 2021 South Africa schools captain), and I just ran to the room because we wanted to be near AB. We sat and listened to the most amazing stories and afterwards we walked out with AB. I took a chance and asked him for his number and he gave it to me,” Dewald said.

With the IPL 2022 Auction coming up, Dewald Brevis will be in high demand as many franchises want to secure a future with youngsters. The likes of Yashasvi Jaiswal, Ishan Kishan from the India U19 squad were just a few examples. Another South African Marco Jansen also made his debut for Mumbai Indians at an age of 21.