India vs New Zealand 1st T20: Green top for 1st T20I? – The pace powerhouse New Zealand will face India in the 1st T20 after the T20 World Cup in Jaipur. However, the Rajasthan Cricket Association has hinted at a lively pitch for the 1st T20 with plenty of grass on the Sawai Mansingh Stadium pitch. Rohit Sharma & Co will be without top pacers such as Jasprit Bumrah, Mohammed Shami but the likes of Avesh Khan and Harshal Patel could do real damage.

The images of the pitch did rounds on social media and the presence of grass was noteworthy. While there is still a week to go for the 1st T20 which will be played on November 17, the greenish look will excite both sides.

Even though New Zealand have announced the squad for two Tests, they are yet to reveal T20I squad. As Trent Boult is all set to return home from UAE post the T20 World Cup, he is likely to skip the T20I series.

When India travelled to New Zealand for the T20I series in 2020, India blanked the hosts winning the series 5-0. If the Sawai Mansingh Stadium pitch retains the greenish look, the pitch will only harden and even if the grass is rolled over, the pitch could retain the hardness and assist the batsmen.

However, under new T20 captain Rohit Sharma, Team India look to shrug off disappointments of the T20 World Cup in the New Zealand series. KL Rahul will be the deputy in the series while India will be without other senior players including Hardik Pandya, who has been dropped after a string of poor performances. Venkatesh Iyer, another seam-bowling allrounder, has been picked.

So far, one Test and 19 ODIs have been played at the Sawai Mansingh Stadium. The team batting first in ODIs has won seven times. At the same time, the run-chasing team has won 12 times. Here the average score is 244 in the first innings and 227 runs in the second innings. It was on this ground that Mahendra Singh Dhoni played an innings of 183 runs against Sri Lanka. 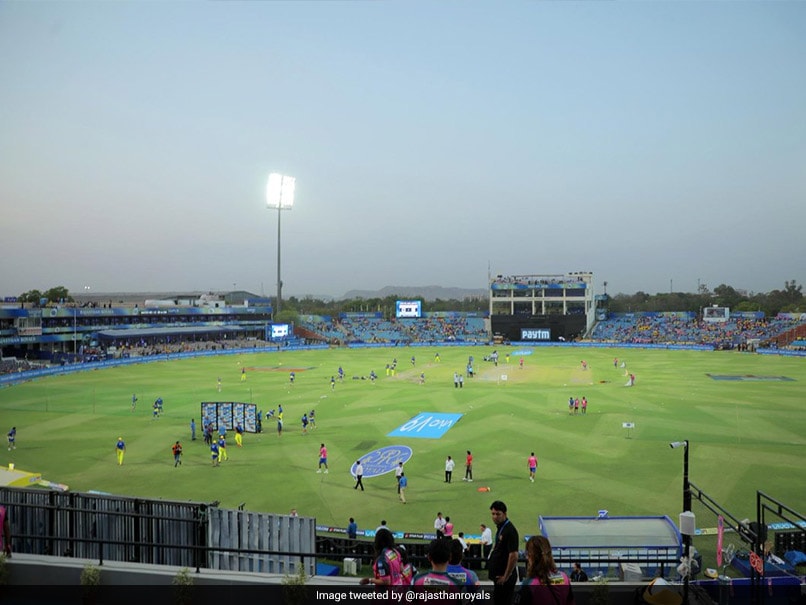 Sawai Mansingh Stadium has been home to Rajasthan Royals until 2019 in IPL before it was moved to the UAE due to Covid-19 pandemic.

However, the dew could be a factor. The slowness of the pitches had been reported during the latter stages of the tournament and in evening matches. Although the pitch is newly laid, it could be a factor once again.

IPL 2022 Auctions: ‘Captain’ KL Rahul likely to be on radar of these 3 IPL franchises- check out