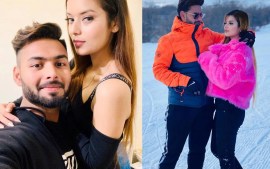 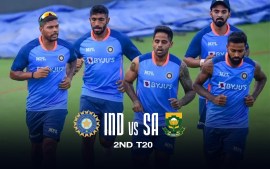 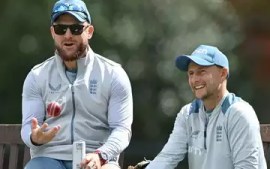 PAK vs ENG Test Series: After succeeding at home against New Zealand… 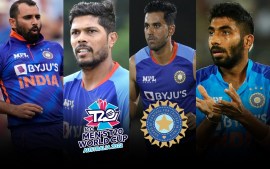 India tour of England: How Ben Stokes’ absence can help Team India win series in England after 13 years – England talismanic all-rounder Ben Stokes has opted out of the India series siting mental health issue. This was a major blow to the England side as Ben Stokes is ranked 2nd in ICC Test rankings for all-rounders and has been one of the star performers whenever India and England clash in Test cricket. (Eng vs IND)

“Ben has shown tremendous courage to open up about his feelings and wellbeing.”

Ben Stokes sustained a fractured finger during Rajasthan Royals’ opening game against Punjab Kings and was subsequently ruled out of the cash-rich T20 last month. He recovered from the injury and was asked to lead the England cricket team against Pakistan in the ODI series as captain Eoin Morgan was in isolation as positive cases in the team. Stokes helped England whitewash Men in Green and was expected to return to the Test squad against Team India.

Ben Stokes has scored 748 runs against India in Test in 15 matches with the help of one century and three fifties. With the ball, he improved his performance with 34 wickets to his name at an average of 33.82. Playing in India he has picked 13 wickets with one five-wicket haul to his name while with the bat he has 548 runs against the Indian bowling attack.

All-rounder plays a big role in providing the team with much-need balance. When the last time India toured England in 2018 Sam Curran played a vital role in giving England an upper hand against Team India. This time around Ben Stokes was also expected to do the same for the host. However, with Ben Stokes pulling out of the India series it will be interesting to see how England mange to use their all-rounder options. (Eng vs IND)

Dom Bess has played 14 Test matches so far in which he has picked 36 wickets at an average of 33.97. In the England tour of India, he played two games where he was able to take 5 wickets. With the bat he has so far scored 319 runs at an average of 22.78, against India he has scored 64 runs in two games. (Eng vs IND)

Craig Overton is a right-arm medium-fast bowling all-rounder. He has played just four Tests so far in which he picked nine wickets. The 27-year-old has scored 124 runs in Test cricket. This will be his first time against India in Test cricket.

Sam Curran has fond memories of playing against India in England. In 21 matches he has scored 741 runs with three fifties and picked 44 wickets. In the four matches against India, he scored 272runs with the help of two fifties.

Now it will be interesting to see who among these players fill the big shoes of Ben Stokes in the upcoming five-match Test series against India. 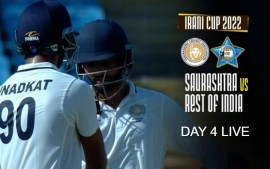