Esports Asian Games 2022: Tirth Mehta, Charanjot Singh storm into quarter-finals at National Esports Championships 2022 – The 2018 Asian Games medalist Tirth Mehta lived up to the expectations and entered the quarter-finals of NESC 2022. Mehta participated in the Hearthstone at the ESFI’s NESC ’22 that began on April 18. Apart from Mehta, Vinayak Subramanian, Karthik Varma Vegesna, Shikhar, Adarsh Shivam, Garv Arora, and Manveer Singh also made it to the quarter-final stage in Hearthstone. Let’s check out the details of the quarterfinals of NESC 2022 for all titles. For the future updates on Gaming and Esports Follow InsideSport on GOOGLE NEWS

Charanjot Singh produced an equally impressive performance in FIFA22 and progressed into the quarter-finals as more than 200 athletes from across the country have been battling it out in five popular Esports titles—DOTA 2, Hearthstone, FIFA22, Street Fighter V, and League of Legends. 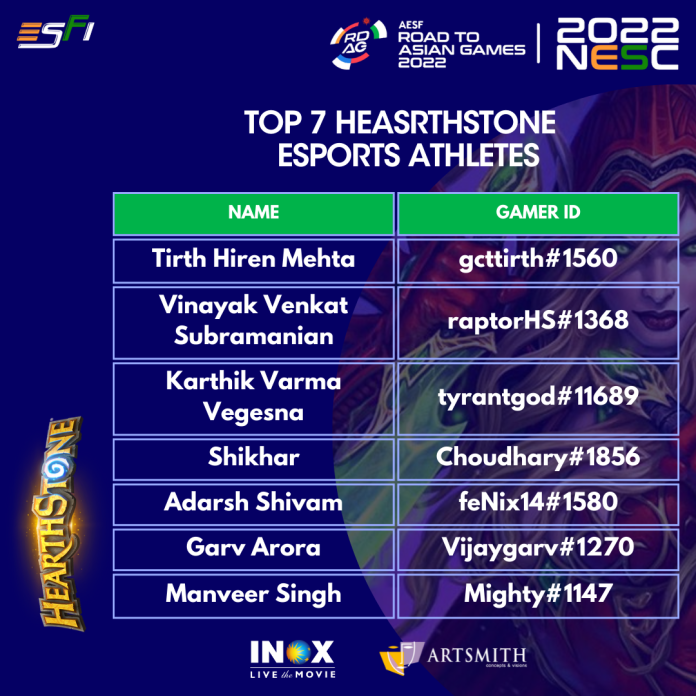 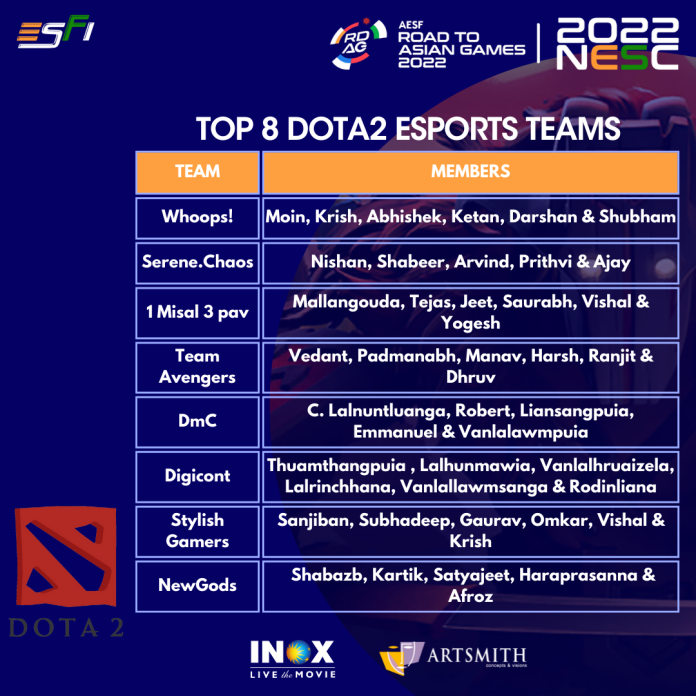 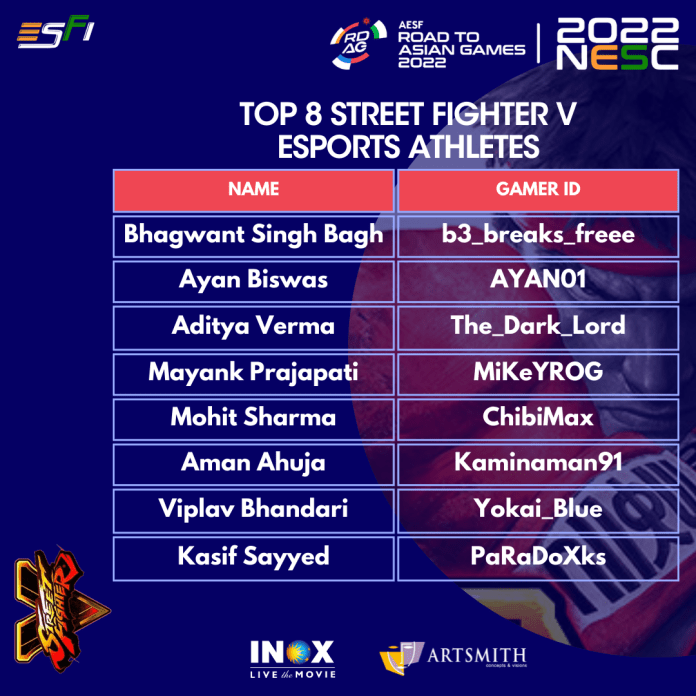 As there are only four teams registered for the esports title League of Legends—Temple of Kings, Support No Vision, Pineapple Cake, and Coco Cats—all of them will start their campaign directly in the semi-finals.

The winners of NESC ’22 will participate in the AESF’s Road to Asian Games – Regional Qualifiers (June-July, 2022), which are being held for seeding at the main event in China.  ESFI will live stream the thrilling action of the NESC ’22 from the quarter-finals on its official YouTube channel from April 22-24. ESFI continued its partnership with Artsmith- Concepts & Visions which will extend its support as the communication partner.

The quarter-finalists from the playoffs who will be fighting it out to compete in the finals are:

As there are only four teams (Temple of Kings, Support No Vision, Pineapple Cake, and Coco Cats) registered for the esports title League of Legends, all four will directly clash in the semi-finals of the national qualifiers. For the future updates on Gaming and Esports Follow InsideSport on GOOGLE NEWS