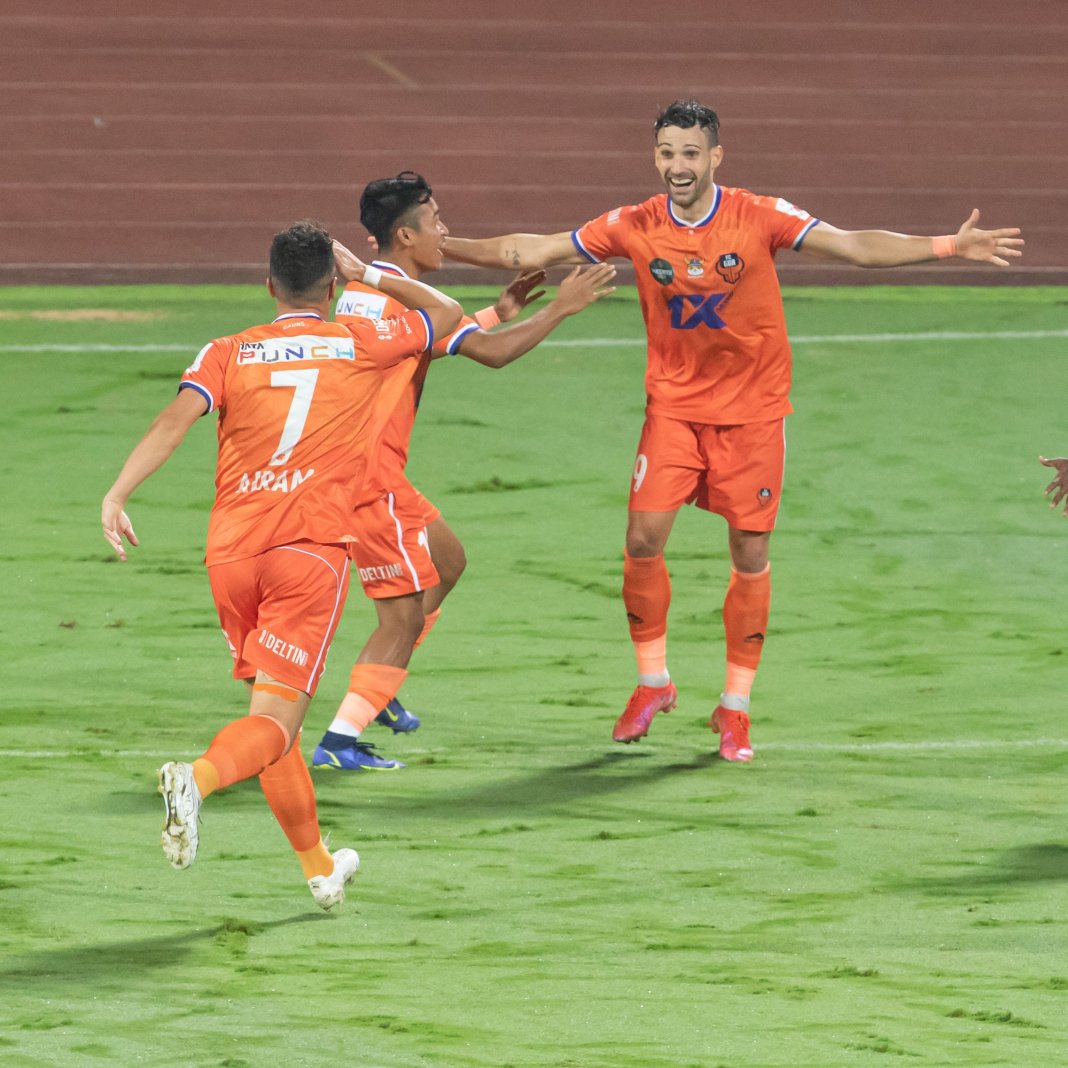 ISL 2021-22: FC Goa snapped their four-match winless streak after a 1-0 win over Chennaiyin FC in the 2021-22 Hero Indian Super League 2021-22 at the Athletic Stadium in Bambolim. The result denies the Marina Machans from breaching the top-four places in the points table. Follow all the ISl 2021-22 LIVE Updates only on InsideSport.IN

Jorge Ortiz (82’) broke the deadlock with a sublime long-range goal late into the game. The solitary goal from the Spaniard was enough to secure three points.

Both teams took some time to get into any sort of rhythm in attack. Edwin Vanspaul was shown an early yellow card as the match began amidst tough physical clashes. The first major chance of the game fell to Jorge Ortiz on the 18th minute but Debjit Majumder was quick in closing down space to make a brave save inside the penalty box. A header from a corner by debutant Anwar Ali went narrowly away from the target five minutes past the half-hour mark.

The Gaurs controlled more of the ball in the first half and looked more likely to score the first goal of the night. Glan Martins tested the goalkeeper from long-range following which Ortiz hit the rebound into the side netting. Derrick Pereira’s men threw everything at the Marina Machans but did not find an answer to their compact defence which meant both teams went into the halftime break on level terms.

The second half started with FCG pushing for the opener. Edu Bedia came close to scoring an Olympic goal with his corner kick hitting the post and staying out. The midfielder was shown a yellow card moments later for a dangerous tackle on Nerijus Valskis. Vladimir Koman was taken off then due to an injury to be replaced by Germanpreet Singh. As the match reached the hour mark, it was one-way traffic with FCG dominating possession and creating more scoring chances than CFC.

Naveen Kumar was finally called into action after he made a crucial save from Mirlan Murzaev on the 75th-minute mark. However, it took a moment of magic from Jorge Ortiz to break the deadlock. The forward found the back of the net with a sensational left-footed strike from long-range, leaving the goalkeeper stranded. His goal ended up being the winner and handed the Gaurs three well-deserved points.

Chennaiyin FC will collide with Hyderabad FC in their next fixture at the PJN Stadium on Thursday whereas FC Goa is up against NorthEast United at the Athletic Stadium on Friday.

India Squad for SA T20: Sourav Ganguly SUPER-IMPRESSED with Umran Malik, says ‘won’t be surprised if he gets picked for India’ for South Africa...