WWE News – Becky Lynch Accomplishes New Milestone: The last few days in the WWE may be bad for ‘Big Time Becks’ Becky Lynch, however, outside of WWE, it is overwhelming. Recently, ‘The Man’ added another accomplishment to her list. She was named as one of the women to be a Game-changer by Glazia Magazine. Many WWE Superstars have reacted and praised her for her recent accomplishment. Follow WWE RAW and WWE SmackDown Live Updates on InsideSport.IN

So very cool to be named along side these amazing women. We rely on each other to change the game for all. https://t.co/R77bVhMror

Big Time Becks were listed alongside names like including first-ever female American Vice President Kamala Harris, Radhika Menon of the Indian Navy, and Shatu Garko, Miss Nigeria. Many of Lynch’s friends and co-workers reacted to this achievement of Becky.

You’re a real cut above the rest!
(Sorry, I couldn’t resist)

The Year of Big Time Becky Lynch in 2021

Lynch relinquished her title in 2020, as she was pregnant with her first child. In 2021, Lynch returned to SummerSlam to face Bianca Belair for the SmackDown Women’s Championship. Lynch shocked the world by defeating Belair in under 30 seconds. 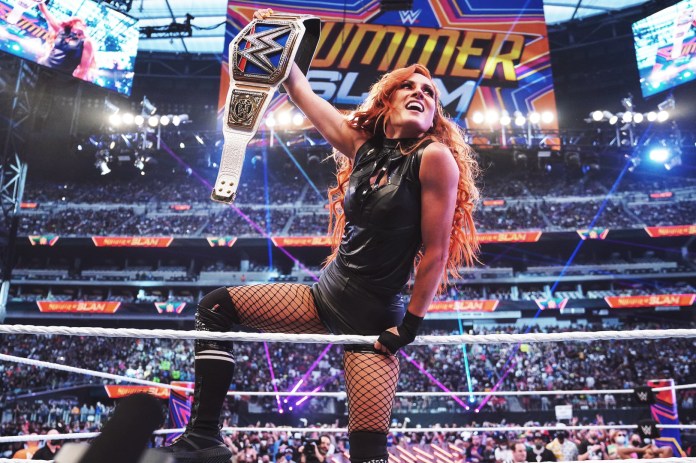 After that Lynch went on an unbeaten run and was one of her bests in the WWE. She defended her title successfully for close to a year. She defeated the likes of Liv Morgan, Sasha Banks, Doudrop, and WWE Hall of Famer Lita. 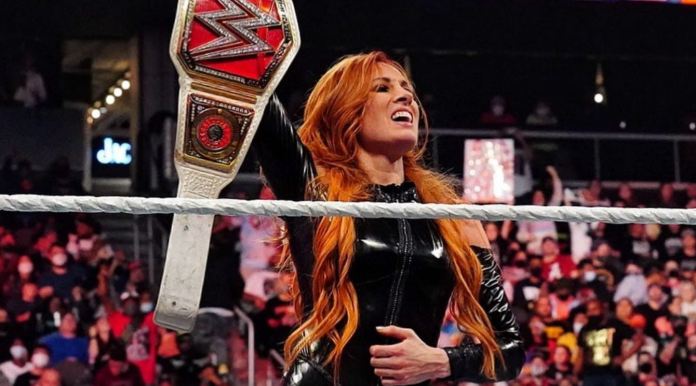 Unfortunately, her reign came to an end when she lost her Women’s Championship in one of the best matches to Bianca Belair at WWE WrestleMania 38. Since then Becky Lynch is not to be seen, it will be interesting to see what lies ahead for Big Time Becks.