WWE News: WWE Reportedly Booked Roman Reigns for less number of Matches: Check Details: Recently, the Undisputed Universal Champion signed a new deal with WWE. During a recent live event, Reigns delivered a promo mentioning his new phase in his career, which worried the fans. Many fans thought Roman Reigns WWE career will soon end. However, this wasn’t the reason behind the cryptic promo. Follow WWE News and Live Updates on InsideSport.IN

Roman Reigns signed a new deal that details his absence from live events and tv shows. Earlier, it was noted that Roman Reigns will not appear at house shows and will appear at TV shows. But, Reigns won’t be available for every TV taping. 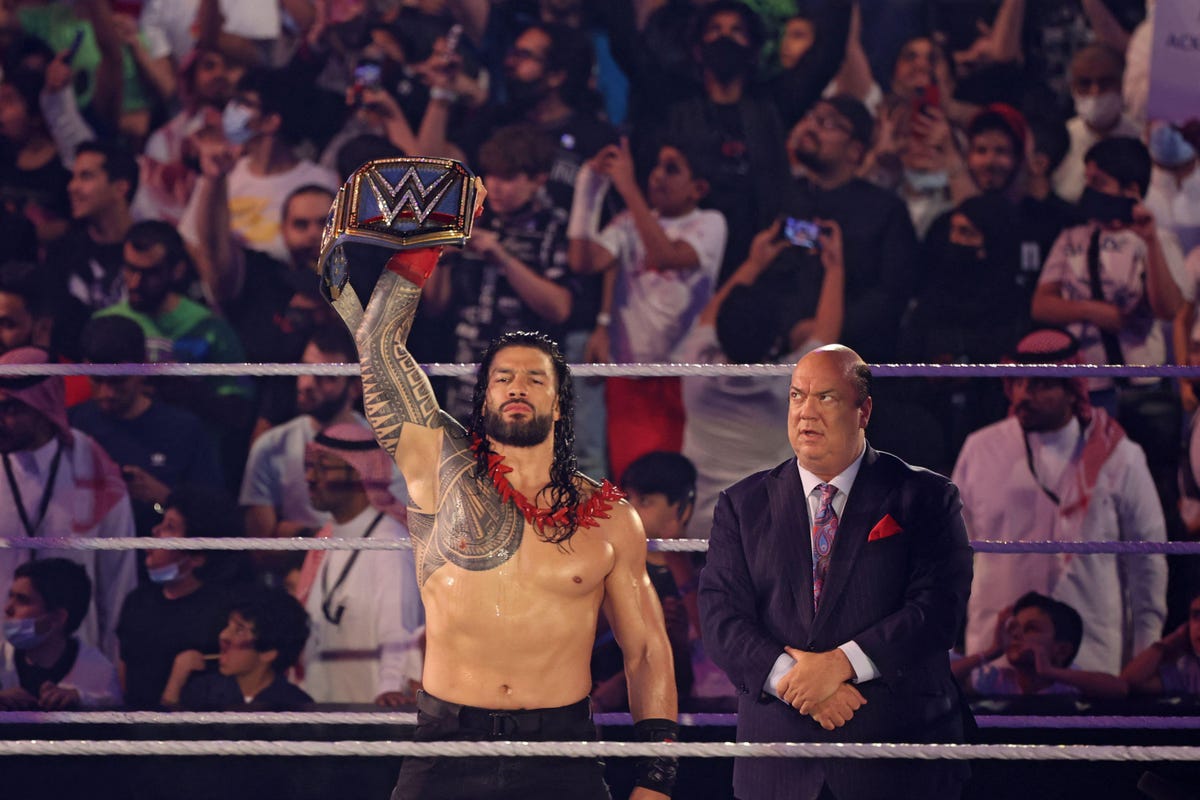 According to WWE’s internal staff, Roman Reigns will appear for a limited Premium Live Events and Stadium shows. WWE has booked a couple of stadium shows where fans could see Roman Reigns actually competing. The source from WWE revealed Reigns’ deal is similar to Brock Lesnar and Goldberg.

According to a report, Dave Meltzer of Wrestling Observer Radio noted further details of the unified champion. “There was a report that he had agreed to do only the major PPV shows per year, meaning largely the planned stadium shows and Saudi Arabia shows. One person in the promotion with knowledge of the deal said the first report of six wasn’t exactly accurate but close, and his year the number of stadium shows and Saudi Arabia shows would be eight.” [H/T Sportskeeda]

No sign of Roman Reigns for WWE Hell in a Cell advertising. pic.twitter.com/LyGYqmShxC

As per the new deal, WWE booked Roman Reigns for major Live events. It is reported that the Head of the Table will have his first title defense at Money in the Bank in July. However, WWE replaced Cody Rhodes in the place of Roman Reigns and WWE is willingly pushing the babyface.

Cody Rhodes is the only option for WWE who could sell the show with his presence at Hell in the Cell. Eventually, WWE may book Cody Rhodes in the main event of Hell in the Cell to boost its excitement. Until now, there are no official announcements from WWE.