WWE News: Reason revealed behind why WWE hasn’t fired Sasha Banks and Naomi: Check Why?: On the recent episode of Monday Night Raw, unusual things happened backstage when Sasha Banks and Naomi left the building, leaving their tag team titles. The women’s tag team champions made a bold move by walking out, which stunned many WWE fans. Follow WWE News and Live Updates on InsideSport.IN

According to the reports, Sasha Banks and Naomi left after they felt disrespected and not treated well as the tag team champs with no proper storylines to defend their titles. In addition, many fans and wrestling personalities supported the decision of Banks and Naomi. 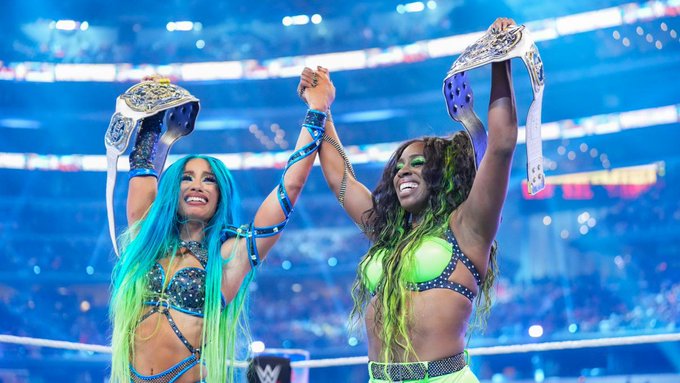 However, many fans are wondering why WWE hasn’t fired Sasha Banks and Naomi. Although they made a bold move of their choice, it does make a lot of damage to WWE’s image. Occasionally, such bold moves led any wrestling company to fire the wrestler. But, the situation here is totally different.

Recently, Dave Meltzer of Wrestling Observer Radio gave a brief note on WWE not firing Sasha Banks and Noami despite their bold actions.

“If it was another time and another place, it’s very possible that they would have been fired, but it’s this time and this place. I remember when the Charlotte Flair thing happened with Becky Lynch and I was talking to people there and it was kind of, like, if it was another time and another place, yeah, they would have fired Charlotte Flair for what she did on live TV screwing up the angle on purpose. But it’s, like, do you want to send her to AEW? No. And essentially nothing happened and they don’t want to send either of them to AEW. Then you’ve got the whole Naomi married to Jimmy Uso…It’s just a waiting game to see what happens next.” [H/T- Cultaholic]

Since Sasha Banks and Naomi left WWE on Monday Night Raw with their title, they haven’t reacted to the situation publically. However, Sasha Banks’ recent Twitter actions had raised questions in fans’ minds about her WWE future.

What is with Sasha Banks with the unfollowing spree that she’s been doing? She originally had followed close to 275 accounts. She even unfollows both Bayley & Mikaze. Now she follows only 6 accounts (Naomi, Tamina Snuka, Snoop Dogg, John Cena, MrSashaBanks & Sasha Banks Daily). pic.twitter.com/aeSd4qTgnO

These actions have raised many questions in fans’ minds. What do you think of Sasha Banks’ WWE future? Tell us in the comments.