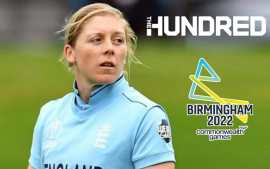 Chasing 226, England lost its opening wicket in the ninth over as Deandra Dottin took a remarkable catch to send Lauren Winfield-Hill (16) back to the pavilion. Tammy Beaumont scored 46 but England kept on losing wickets at regular intervals and after 27 overs, the score read 109/5 with England still needing 117 runs to win.
Danielle Wyatt and Sophia Dunkley scored 33 and 38 respectively and they kept England in the game. However, England kept on losing wickets and they were reduced to 156/8. Kate Cross (27) and Sophie Ecclestone (33*) stitched together a stand of 61 runs for the ninth wicket, but Anisa Mohammed’s brilliance in the 48th over helped West Indies win the match by seven runs.
Earlier, S Campbelle played a knock of 66 runs as West Indies posted 225/6 in the allotted fifty overs. Hayley Matthews (45) and Chedean Nation (49) also chipped in with valuable knocks as West Indies posted a total of more than the 220-run mark.
England batting

Sensational Sophie Ecclestone: West Indies progress was halted as Ecclestone bowled a sensational over to send both the openers back to the pavilion.

Ecclestone first got Hayley Matthews for 45(58) & then got the wicker of captain West Indies captain Stafanie Taylor without scoring.

In between Deandra Dottin was run out for 31. Ecclestone again came back to bowl out Kycia Knight and finished with figures of 10 Overs / 4 Maidens / 20 Runs / 3 Wickets.

WI-W vs ENG-W Live Score: The Stefanie Taylor-led side beat hosts New Zealand in the tournament opener. England women on the other hand lost to World No. 1 Australia in a close encounter.

Heather Knight: I was going to have a bowl, so pretty happy with that. Quite English like conditions, overcast sky and it has been easier to chase. We have to assess the pitch and see what we are happy to chase. We bowled okay, not to the standards we set ourselves, our bowling group has been outstanding and not worried about them at all. We have had good experience of bowling really well here and hopefully we can make the most of the conditions. Exactly the same (team).

Stefanie Taylor: We will have a bat. Pitch looks good and runs on the board is runs on the board. It is a matter of learning from those mistakes. We know we didn’t do well in the field but today is a crucial game and we have to tighten up. We are still under the radar, it is a matter of us focusing on ourselves and even though we won that game, not to get ahead and play each game as a final. Same team.

West Indies will have to bring their A-game against England as the Heather Knight-led side will be seeking to get off the mark. Knight will have to address a few issues though. For starters, the bowling leaked a lot of runs. Kate Cross, Any Shrubsole, and Katherine Brunt had a rare off day.

All-rounder Nat Sciver was phenomenal with bat and ball, but she will need support from Knight, Sophie Dunkley, and Amy Jones. On the other hand, West Indies would be pleased with Deandra Dottin’s bowling returns and Matthews’ superb performance with the bat. Both players are crucial to the team and their contributions will be pivotal in West Indies’ progress in the showpiece event. 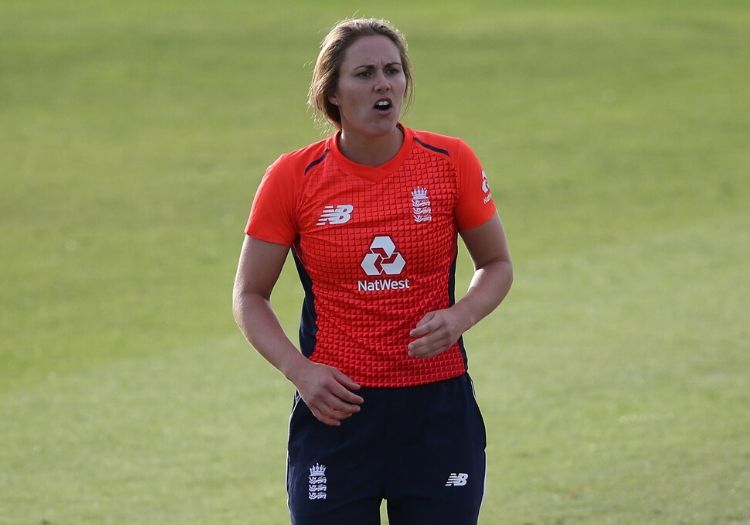