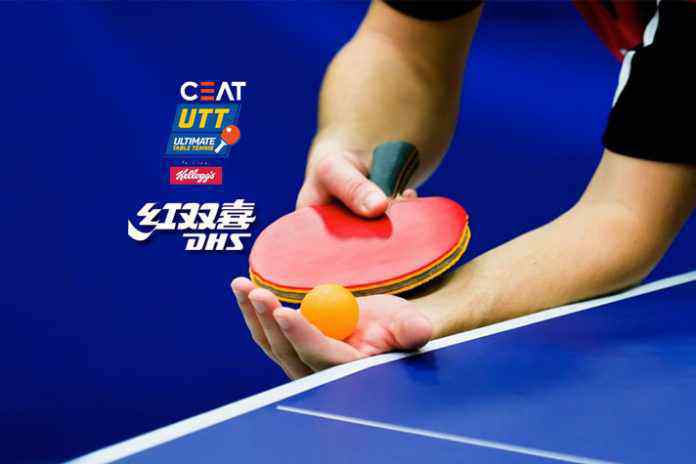 CEAT Ultimate Table Tennis continues to attract the best in business with world-class table tennis equipment brand Shanghai Double Happiness (DHS) coming on board ahead of the upcoming second edition commencing in Pune from June 14.

One of the biggest table tennis brands in the world with a history of 60 years, DHS has been the official equipment partner for six Olympic Games and 16 World Table Tennis Championships and is also the preferred choice of numerous world champions including Wan Liqin, Wang Hao, Ma Long and Ding Ning.

DHS’ association with CEAT UTT, an initiative by 11SPORTS supported by the Table Tennis Federation of India (TTFI), means the Chinese sports giant will be providing the league with world-class tables, balls and flooring through their India distributor Flash Sports Pvt Limited.

“We are proud to have the leaders in TT equipment come on board for CEAT UTT. We welcome DHS’ commitment to contributing towards the development of TT in India. CEAT UTT’s reputation as a world class league has received a further boost with DHS as its equipment partner. We look forward to a long and fruitful association with DHS, which continues to see the sport rise in stature in India with their involvement.” said Mrs. Vita Dani, league owner of CEAT UTT.

Arjuna Awardee Kamlesh Mehta, eight-time national table tennis champion and Director of 11SPORTS said, “Playing on DHS tables at UTT and using their equipment, the Indian players, especially the youngsters will acclimatize themselves to the standard we find at Olympics and World Championships. It will be benefit them greatly.”

One of India’s foremost stars at the 2018 Commonwealth Games with 3 medals and Warriors T.T.C’s top pick Achanta Sharath Kamal added, “I feel DHS balls and tables are one of the best in the world and I’ve always enjoyed playing with their equipment. I am happy they will be providing the official equipment for CEAT UTT’s second edition.”

Lou Shihe, General Manager of DHS, who has been working with the company for 40 years, expressed his delight at his company’s association with CEAT Ultimate Table Tennis Powered by Kellogg’s. “India is a country with a large population like China. DHS wishes the two big oriental countries enhance friendship through sport and India have a large table tennis population as China. Indian table tennis has made great progress in recent years, winning 8 medals at the 2018 Commonwealth Games. DHS would like to boost the development of table tennis and make DHS more popular in India through supporting CEAT UTT.”