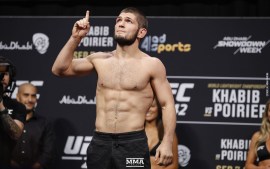 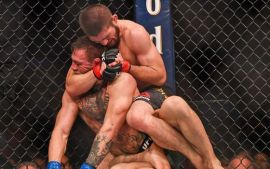 VIDEO: Khabib Nurmagomedov: How many UFC fights did Khabib win by knockout? 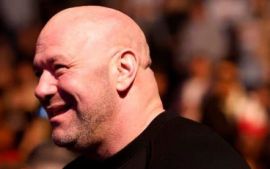 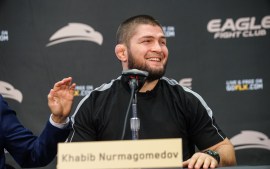 KSI vs Dillon Danis: MMA news: Dillon Danis has failed to earn positive attention from the MMA community, getting involved in several…

KSI vs Dillon Danis: MMA news: Dillon Danis has failed to earn positive attention from the MMA community, getting involved in several controversies and meaningless street brawls. Danis is scheduled to meet YouTuber KSI in a boxing clash in January 2023, which came to fruition after his recent scuffle with the Brit-YouTuber, followed by a fight with ‘Pretty Boy’ Anthony Taylor. All these antics have frustrated Bellator President Scott Coker. For Combat News updates with InsideSport.IN

Conor McGregor’s teammate Dillon Danis is currently signed with Bellator MMA, where he has fought only twice and has been inactive since 2019. While Danis has been actively feuding with people on the streets, Bellator chief Coker advised him not to do so. He advised Anthony Taylor and Dillon Danis to fight inside a cage and not on the street for free. Coker further expressed his vexation towards Dillon Danis in a media presser.

He said, “The thing that is frustrating is, when you think of Dillon Danis, the guy has a great ground game. He was one of the best jiu-jitsu guys on the planet at one time.”

“We signed him, we wanted to develop him, we wanted him to come into our system and start fighting, fight tougher guys and work your way up, but I think he got sidetracked a little bit. Things get in the way. To me, he had a lot of potential. And so we can’t make him do it, he’s got to want to do it, but right now he’s doing something else.”

Dillon Danis hasn’t talked about his MMA return yet. It’s unclear whether he will ever compete in the Bellator again. Meanwhile, a boxing scrap against KSI is already underway, which will charm his pockets extensively. Upon winning the fight, Dillon Danis can regain his combat dominance. However, KSI can still be considered a below-average opponent for someone who hails from the combat community. Here’s everything you need to know about KSI vs Dillon Danis.

Dillon Danis: Everything you need to know about KSI vs Dillon Danis fight

Where to watch- KSI vs Dillon Danis will be streamed live on DAZN via paid subscription. The PPV details of the high-voltage fight haven’t been revealed yet. KSI vs Dillon Danis will be available live in 200 countries. However, DAZN services won’t be provided in Argentina, Chile, and Colombia. Residents of these countries will need to download the DAZN app from Google Playstore and Apple Store. They can then sign up instead of going through the web browser. 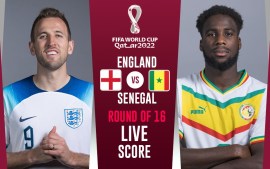