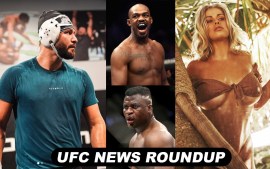 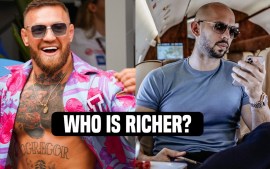 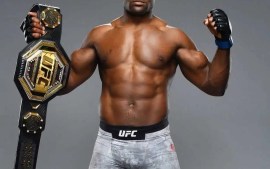 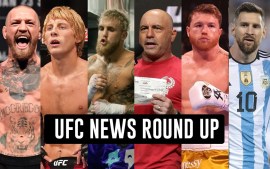 ALSO READ: UFC 276: Israel Adesanya vs Jared Cannonier, Izzy toasts Robert Whittaker but is not interested in a trilogy fight

Paddy Pimblett vs Jordan Leavitt- The lightweight divisions upcoming sensations are one on one verbal dual amidst the Main fight event.

The Monkey King in his recent t interview has slashed Pimblett saying he is just an average guy but has been too much celebrated by UFC.

Jordan Leavitt said, “The UFC’s doing very good at pushing Paddy. Doing the whole McGregor playbook, putting him against fighters that aren’t going to really exploit your weaknesses too bad. And he’s not acing the test. He’s like that guy that’s getting C- and Ds and graduating high school, getting signed off and getting his degree.”

“So everyone’s like ‘Oh his debut was amazing.’ I’m like ‘Dude, we see people get chinned all the time. It’s never once been amazing until it was Paddy with the hair and the Scouser energy and all that awesome energy he brings. He does have an awesome energy, very interesting, infectious, and polarizing personality. So very intriguing individual. But his fights aren’t impressive.”

July 23 is to see a sensational bout in the lightweight division. Paddy Pimblett stays undefeated in UFC and dominated his bouts via first-round stoppage.

Pimblett is an Orthodox UFC lightweight contender who has won two of his UFC fights in the first round. He’s only been in the UFC for a year, but he’s piqued everyone’s curiosity.

Meanwhile, The Monkey kings have 4 wins and 1 loss in UFC. He has been making news from his debut bout against Matt Wiman and winning the performance night award.
Leavitt possesses a dominant ground game. He had amused the audience with an anaconda choke to Peruvian Necktie in his submission wins.
Both fighters are notable new prospects in their rise, Hope this match creates fireworks in the UFC lightweight division.
UFC Fight Night London: Paddy Pimblett vs Jordan Leavitt, The Monkey King slams UFC for Sugarcoating Paddy’s rise as Conor McGregor 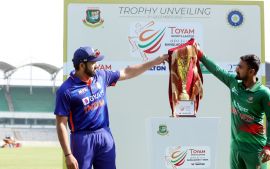 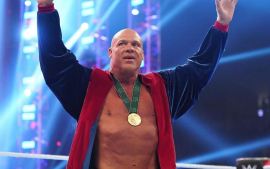