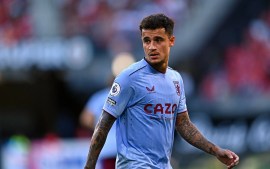 Aston Villa Season 2022: All you want to know about ASTON VILLA… 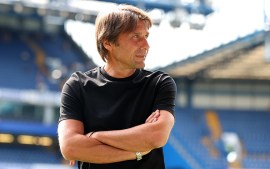 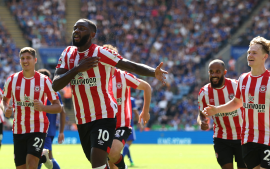 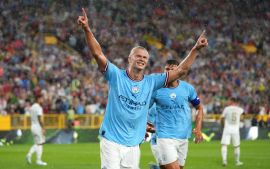 Tottenham Hotspur vs Southampton: Premier League 2022-23, TOT 4-1 SOU – Spurs merited three points on the opening day of their 2022-23 campaign. The home side effectively killed off the game by going 3-1 in front on the hour mark and proved that they needed neither Son or Kane to score in order to put four past a Premier League rival. By contrast, Ward-Prowse’s opening goal aside, Southampton have nothing much to show for their endeavour, and another long, hard season could lie ahead if they cannot muster more attacking threat. Follow Tottenham Hotspur vs Southampton goals & highlights on InsideSport.IN

James Ward-Prowse volleyed Southampton into an early lead but Spurs hit back before half-time – Ryan Sessegnon and Eric Dier both heading home to turn the tide.

Further gloss was added in the second half, with Mohammed Salisu turning the ball into his own net before Kulusevski capped off a fine individual display with a goal as Spurs eased their way to all three points.

Southampton came flying out the blocks and took the lead with in the 12th minute, as Moussa Djenepo clipped a byline cross to Ward-Prowse, who finished in style.

Spurs were soon level, though, with Sessegnon on hand at the far post to head in Kulusevski’s inviting cross.

The hosts’ dominance paid dividends with a second 10 minutes later – Son Heung-min the provider as his corner was headed in by Dier.

With Spurs in full flow, Ben Davies tested Gavin Bazunu from distance and Son drilled over after dancing through Southampton’s defence.

Any threat of a Southampton comeback was quelled in the second half, with Salisu diverting Emerson Royal’s cross into his own net.

Having teed up Spurs’s equaliser and generally proving a menace throughout, Kulusevski grabbed a deserved goal of his own just after the hour, cutting inside and sweeping home a left-footed shot to wrap up a statement victory for Conte.