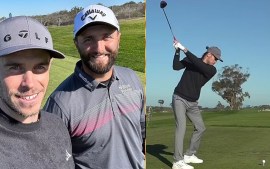 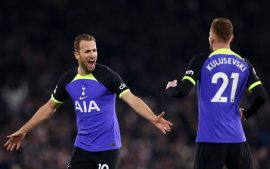 Tottenham Hotspur vs Fulham Highlights: Premier League 2022-23, TOT 2-1 FUL – Tottenham have edged past Fulham to continue their great start to the season! Kane’s close-range finish proved to be enough for the hosts, who had the better of Fulham all game. Mitrovic’s late strike for the Cottagers and Richarlison’s bad luck threatened a nervy final few minutes for Spurs, but they were able to see out the win. Follow Chelsea vs West Ham 2022 LIVE Updates and Scores on InsideSport.IN

Spurs had the ball in the net after just 10 minutes, Son firing a cross into the area that went all the way through and past Leno, but the offside flag was raised due offside team-mates in the middle.

The South Korean came close again shortly after the half hour mark, latching onto Kane’s chipped pass over the Fulham defence to control with his chest but striking the crossbar with his attempt.

The breakthrough came five minutes before the break, Spurs winning possession with the press and Hojbjerg playing a neat one-two with Richarlison before driving a low effort into the far corner.

In the second half, Leno had to be alert to deny Ryan Sessegnon from netting against his former side and was again required to prevent Son’s deflected effort.

With 15 minutes remaining, Kane tapped into the empty net to score his 43rd Premier League goal in a London derby. The action was not done though, Mitrovic maintaining his scoring run before Richarlison saw a late goal ruled out for offside.