Tokyo Olympics: Olympics chief Thomas Bach revealed “doubts” and “sleepless nights” over the postponed Tokyo Games on Tuesday as the opening ceremony nears after a year’s delay and coronavirus chaos that has made them deeply unpopular with the Japanese public.

Bach, speaking at the International Olympic Committee session in Tokyo, said the unprecedented step of postponing the Games had proved more complicated than he thought.

The build-up to Friday’s opening ceremony has been exceptionally rocky, with Tokyo still under a state of emergency and public opinion consistently against the Games, which will be held largely without spectators.

“Over the past 15 months, we had to take many decisions on very uncertain grounds. We had doubts every day. We deliberated and discussed. There were sleepless nights,” said Bach.

“This also weighed on us, it weighed on me. But in order to arrive at this day today we had to give confidence, had to show a way out of this crisis,” he added.

Bach has drawn scattered protests during his visit to Japan, where the latest poll in the Asahi Shimbun newspaper showed 55 percent of respondents opposed holding the Games this summer.

Four people have tested positive in the Olympic Village, heightening fears that the influx of thousands of athletes, officials, and media will add to a spike in cases in Japan.

A teenage US gymnast staying outside the Village was also among the 71 Games-related cases reported so far. 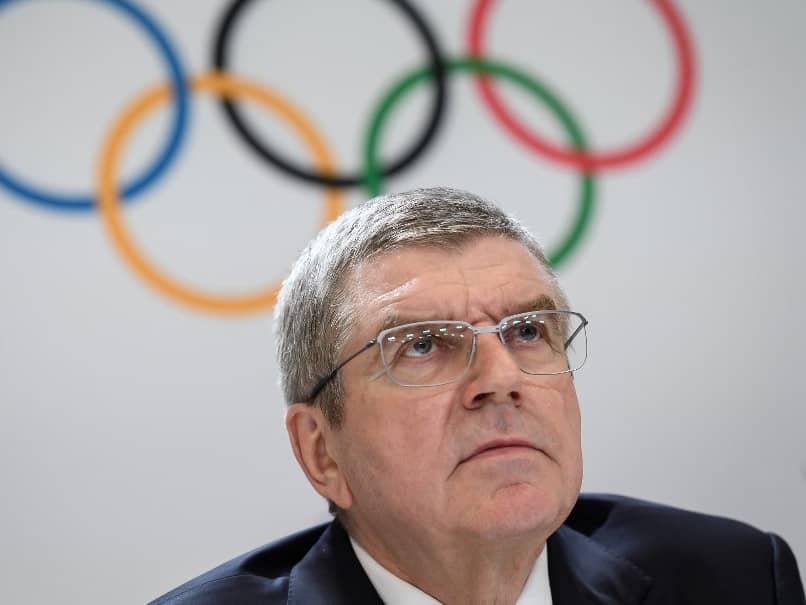 Olympic and Japanese officials have staunchly defended the Games, which are being held in a strict biosecure “bubble” with daily testing. Eighty percent of athletes at the Games have been vaccinated.

“We can finally see at the end of the dark tunnel,” said Bach, adding: “Cancellation was never an option for us. The IOC never abandons the athletes… we did it for the athletes.”

Bach was speaking at an unusual IOC session, where mask-wearing delegates sat socially distanced at individual desks and the podium microphone was wiped after each speaker.

It reflected an Olympics which will mainly take place in empty stadiums to the sound of recorded crowd noises, starting with the opening ceremony in the 68,000-capacity Olympic Stadium.

The ceremony will take place without the music of Keigo ‘Cornelius’ Oyamada, who quit on Monday after an outcry over past interviews where he described bullying disabled schoolmates.

“I have become painfully aware that accepting the offer of my musical participation in the Tokyo 2020 Olympics and Paralympics lacked consideration to a lot of people,” he said in a statement.

Major sponsor Toyota, the world’s biggest carmaker, also scrapped plans to run an Olympic-linked brand campaign in Japan, as a senior official said the Games lacked “understanding” from the public.