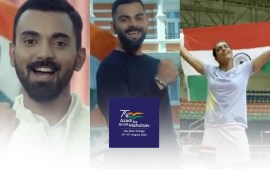 Tokyo Olympics: Neeraj Chopra says, ‘Didn’t know it would be GOLD, proud moment for me and India’: For over 100 years, Indians have…

Tokyo Olympics: Neeraj Chopra says, ‘Didn’t know it would be GOLD, proud moment for me and India’: For over 100 years, Indians have only dreamt of an Olympic medal in Athletics. But apart from Norman Pritchard, a British, none could ever master that, let alone a Gold medal. Saturday changed and rewrote history. Javeline thrower Neeraj Chopra became only the 2nd Indian after Abhinav Bindra to win an Olympic gold medal and independent India’s first-ever Olympic medal in Athletics. Even Neeraj himself couldn’t predict a gold medal.

Still processing this feeling. To all of India and beyond, thank you so much for your support and blessings that have helped me reach this stage.
This moment will live with me forever 🙏🏽🇮🇳 pic.twitter.com/BawhZTk9Kk

“It feels unbelievable. It is the first time India has won a gold in athletics, so I feel very good. We have just one gold here in other sports,” the 23-year-old said after winning the historic gold.

Tokyo Olympics: As soon as Czech Republic’s Jakub Vadlejch failed to better his 86.67m throw, it sealed a historic feat for 23-year-old youngster Neeraj Chopra’s fate. He achieved what all the Olympians dream of but have only watched and praised others to become Olympic champions from the sidelines. On Saturday, javelin thrower Neeraj broke the barrier with a classy 87.58m throw.

Tokyo Olympics – Neeraj Chopra Wins Gold: However, rewind just two years from now and the situation looked grim. Neeraj Chopra’s troubling right elbow had given up with the athlete having to undergo surgery with just a year left in Olympics. He had to give the World Championships a miss and all the training he had for the mega-event had to start from scratch.

Tokyo Olympics – Neeraj Chopra Wins Gold: The progress was slow and his coach Uwe Hohn didn’t want to rush things. From starting with intensive rehabilitation to slowly gaining momentum and bettering at every step, Neeraj Chopra made a stride. His season-best was just 83.90 in 2019 that he managed in the 68th All India Inter-Services Athletics Championships in Bengaluru. Then COVID-19 lockdown hit and all the plans of competitive practice went haywire.

Everytime our team/boy/girl went for their game, everytime we had hope of a medal, everytime there was a medal ceremony, early morning or late evening, we wanted to hear the National Anthem play & see the 🇮🇳 rise above all. Ty @Neeraj_chopra1 for this #gold moment. #Olympicsindia pic.twitter.com/qu6zmYUT62

Tokyo Olympics: But fighting against all adversities, Neeraj Chopra emerged on the Olympic podium even putting aside any challenge he had from German great Johannes Vetter. The German even failed to qualify for the final round having managed just a throw of 82.52m.

“This is our first Olympic medal for a very long time, and in Athletics, it is the first time we have gold, so it’s a proud moment for me and my country,” Neeraj Chopra was quoted saying by PTI.

Tokyo Olympics: While Indians expected Neeraj Chopra to do well and qualify for the javelin throw finals in Tokyo Olympics, he proved he could challenge the very best topping the qualification round with a throw of 86.65 three days ago. But a challenge from Vetter looked imminent. The german had managed 7 throws of over 90m in 2020-21 and was the hot favourite. All Neeraj had to was better his personal best of 88.07m to be in contention for a podium.

On Thursday, it was not necessary as he led from the first throw with 87.03m and bettered in his next attempt to seal the deal as his competitors including Vetter could only come close and watch him stand tall on the Podium.

Tokyo Olympics: Neeraj Chopra says, ‘Didn’t know it would be GOLD, proud moment for me and India’

Few would have thought that Chopra would bludgeon his way to gold in such a dominant fashion at the grandest stage.

Just like in the qualification round, Chopra began with a bang by sending the spear to a distance of 87.03m and then improved it to 87.58m, his best of the day which none in the field could match.

Tokyo Olympics: Neeraj Chopra says, ‘Didn’t know it would be GOLD, proud moment for me and India’

His third throw was a poor 76.76m, he then fouled his next two attempts before a final effort of 84.24m.

Tokyo Olympics – Neeraj Chopra Wins Gold: By the time the Nordic javelin left his right hand in his second attempt, he knew that it was going the farthest among all and he raised both his arms in jubilation, confident that the job had been done. 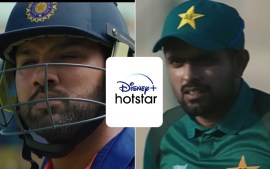 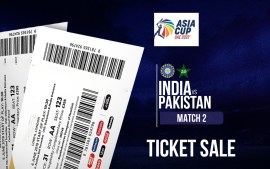