The Tokyo Olympics is scheduled to begin on July 23.

“Behold the mega coverage of Olympics 2020, brought to you by Prasar Bharati, through its twin network of Doordarshan and All India Radio, and dedicated sports channel DD Sports,” the information and broadcasting ministry said on Wednesday.

The coverage spans from “pre to post-Olympics” and will be available on the public broadcaster’s television, radio, and digital platforms across the country, it added.

“Different sporting events at the Olympics will be broadcast live daily on DD Sports from 5 am to 7 pm,” the ministry said, adding that the “details of the same will be made available every day on DD Sports and AIR Sports Twitter handles“.

The ministry said DD Sports will produce a four-hour-plus discussion-based show with sports celebrities as a precursor to the Tokyo Olympics, contributing towards the “Cheer for India” campaign. 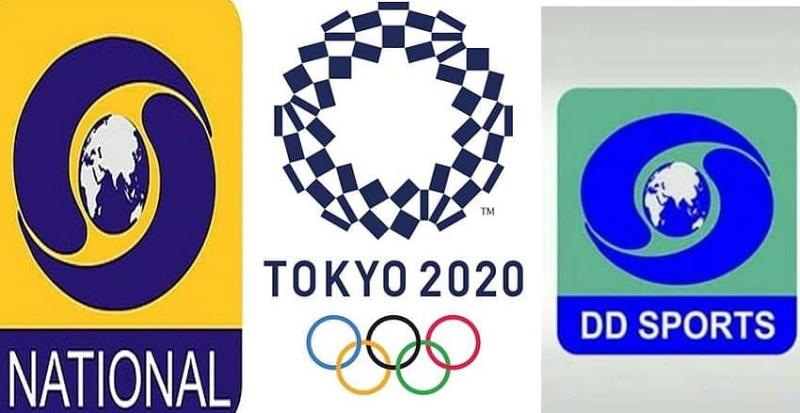 This special show will be broadcast live on DD Sports from 11 am to 1 pm on July 22 and July 23, the ministry said.

“Each day, there will be two different sessions with different themes. The two sessions of July 22 will be repeated from 7 pm to 9 pm the same day and from 9 am to 11 am the next day on July 23 on DD Sports,” it added.

According to the program schedule shared by the ministry, AIR capital stations, the FM Rainbow network, DRM (digital radio of AIR) and other AIR stations will broadcast a curtain-raiser program on the Tokyo Olympics on July 22.

“The program will also be carried over Youtube channel, DTH and on NewsonAir mobile app within the territory of India,” the ministry said.

While the AIR stations will air daily highlights of the games from July 23 for its listeners, the FM Rainbow network will provide periodic updates from July 24.

India at Tokyo Olympics: No Americans, No Russians but Indian athletes to get highest cash awards for winning Olympics medals

“Breaking news may also be broadcast on the FM channels whenever India wins a medal,” the ministry said.

All AIR capital stations, the FM Rainbow network, DRM, and other radio stations of the public broadcasters will also air “off-tube” commentaries of “select” hockey and badminton matches.