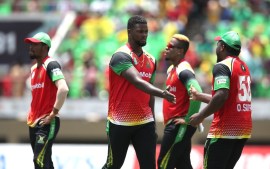 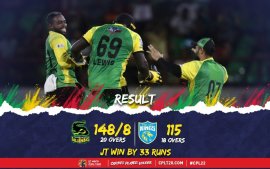 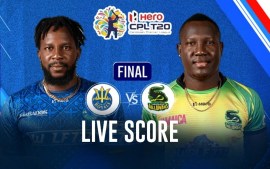 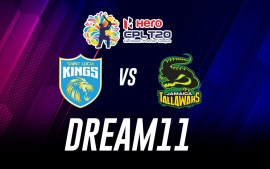 St Kitts & Nevis Patriots won the toss and chose to bat in this must-win game, but were restricted early on as the Knight Riders rotated five bowlers across the powerplay. Sherfane Rutherford would change the complexion of the innings with a brilliant 78 runs, aided by a spectacular cameo from Dewald Brevis, to take the Patriots to 163/6.

In their chase, the Trinbago Knight Riders struggled to build partnerships as wickets consistently fell. Despite this, they remained with a chance of winning the match as Tim Seifert and Andre Russell scored crucial late runs, but it proved to be in vain as they could only muster 156/7, losing by seven runs.

St Kitts and Nevis Patriots were frustrated by the bowling of the Knight Riders in the first ten overs, reaching 43/3 and having lost the key wicket of Evin Lewis. Rutherford would then shoulder the responsibility of carrying the innings as he patiently scored runs before accelerating in the last three overs, to finish on 78 runs. Brevis would remarkably score 30 runs from just six balls, constantly clearing the boundary to propel the Patriots to 163/6.

Trinbago Knight Riders lost the early wickets of Leonardo Julien and Colin Munro in their chase, with spinners Kevin Sinclair and Rashid Khan restricting runs. Kieron Pollard and Nicholas Pooran would then lose their wickets as the Knight Riders found themselves in serious trouble. Seifert kept the chase alive with a valiant half century. Despite Russell scoring 18 runs in the 19th over, it was not to be enough as Sheldon Cottrell delivered a composed final over to take the Patriots to victory by seven runs. 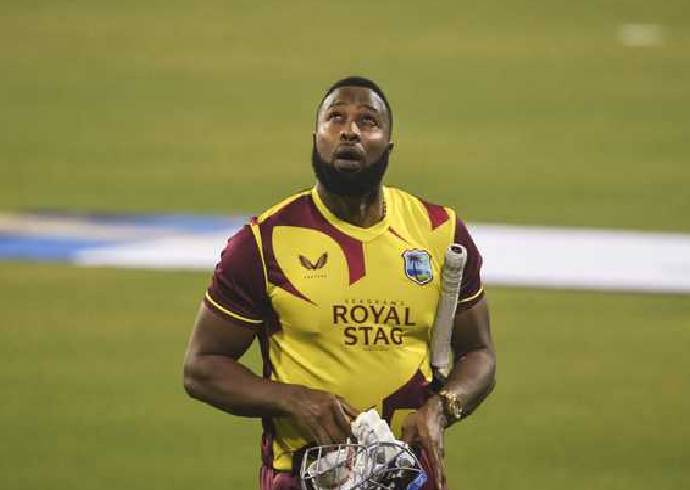 TKR vs SNP: Knight Riders finding form at the right time – Two-time CPL champions TKR have found form at the right. They have started to win games with a lot of their big players stepping up. Keiron Pollard and Tim Seifert have stepped up with bat in hand, while Rampaul and Narine are taking wickets with ball in hand. Now, it is about maintaining the same consistency in the business end of CPL 2022.

For SNP, the task is simple – win all the remaining games. Even if they do, their qualification will depend on other results as well.

The match will be played in Guyana. The pitch is flat, and aids run scoring. So far the matches played here have been high-scoring ones. 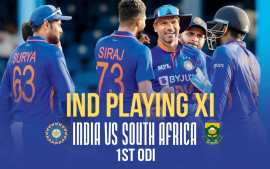 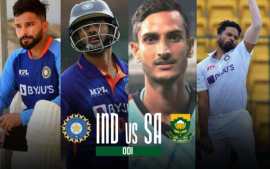 IND vs SA LIVE: 4-way battle of DEBUTANTS for two spots in…